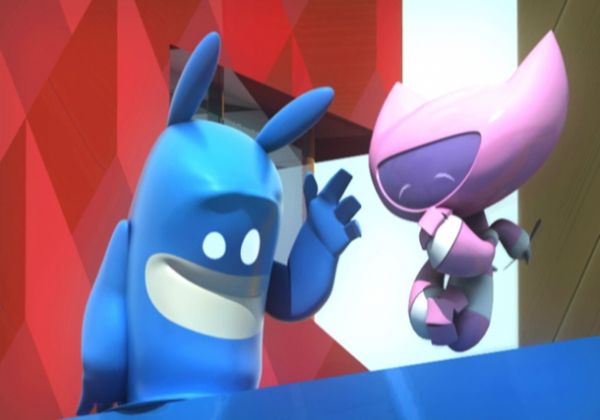 De Blob was one of those Wii games that seemed intriguing, but I never did get around to playing it.  It was fairly well received, especially for a third party game.  A sequel has been announced, called De Blob: The Underground, and this time around, there's co-op!  That alone would put this game firmly in the casual co-op gamer's wish list, save one small fact.

It looks like the co-op in the game, which is headed to multiple platforms, will be similar to that of Super Mario Galaxy or Monsters Vs. Aliens.  That is, a second player can interact with the game in limited ways; in this case, Player Two, controlling Pinky (the one pictured above, not the ghost from Pac-Man), can slow enemies down or disable traps.  Looks great for little kids, and quite meh-tacular for the rest of us.  I suppose we really should find an official name for this form of co-op.  Any suggestions?  I'm leaning toward "baby mode".