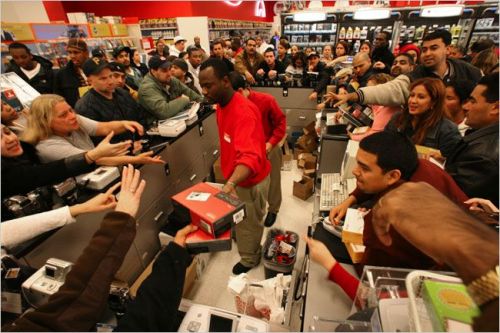 Forget the stores, you're a gamer.  You do your Black Friday shopping online.  And while we already pointed you too Microsoft's deals they are running, let's take a look at what some other online retailers are offering on the cheap from the comfort of your own home.

Follow this link to all the video games on sale on Black Friday.

Along with these details every 4 hours different titles are going on sale.  Included in that are Uncharted 3, Borderlands, Borderlands 2, World of Warcraft: Mists of Pandaria,  Halo 4, Syndicate, Modern Warfare 3, Star Wars Kinect,  and more.

Sadly it seems most of the videogame deals Best Buy had to offer are already sold out online.  You may have better luck in store, but there were originally dozens of titles offered under $30.

There's also the Holiday Offer sale which runs until Monday.