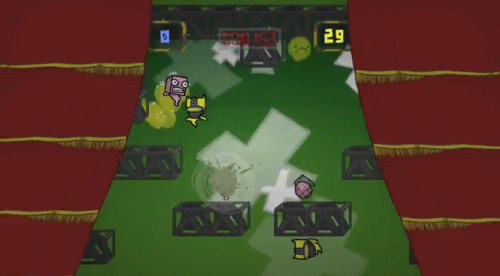 I'll be honest, after watching the gameplay footage from the San Diego Comic-Con, I wasn't so sure about Game #3.  It appeared to be geared more towards a versus style of play rather than co-op.  The game has a new trailer though, one that shows a new gameplay mode, and one that restores faith that the game will still have some sort of co-op.

The mode on display is called the Soul Mode.  In this mode you'll platform around a level and try to steal and hold the souls of your opponents.  Players can team up against the AI with up to four separate teams on a map.  The video even goes in depth with describing some of the co-op strategies of the game mode.

Still, I can't help but feel something is missing.  Even with the promise of customizable characters, tons of levels, and an epic story mode something feels off.  Perhaps it's just me.  I'll reserve judgment until I get some hands on time with the game at PAX in a few weeks.