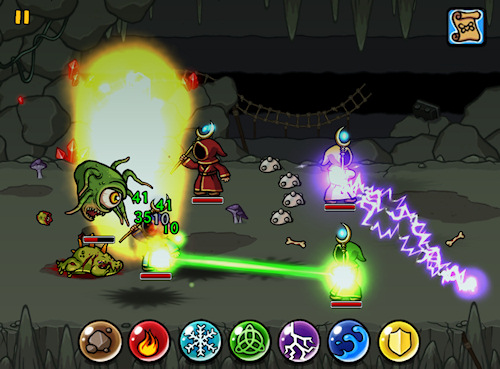 Paradox Interactive have announced that they are continuing their long standing tradition of publishing games with the name Magicka in the title.  The next game in the series is something a bit different, as it takes our robed wizards into the mobile world.  Magicka: Wizards of the Square Tablet is a brand new side scrolling game featuring four player online co-op for iPad and Android tablets.

Magicka: Wizards of the Square Tablet features cross platform play between iOS and Android with full four player co-op support.  This looks like a fun mix between Castle Crashers and Magicka.  No release date or price has been set.