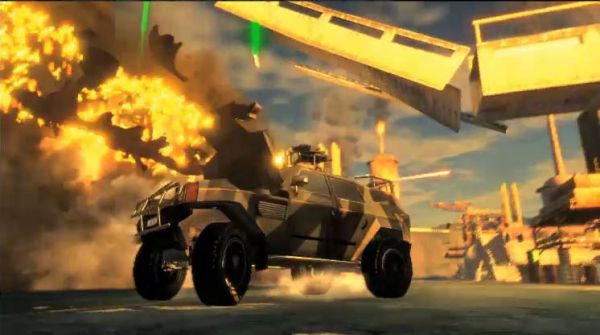 Pandemic has announced a brand new content pack for Mercenaries 2: World in Flames called the "Blow it up Again" pack.  The new pack is FREE and is now available on the PlayStation Network for download, with the Xbox 360 version coming out Tuesday, December 16th.  But it will only be free until the end of the year, so make sure you snag it ASAP!

The DLC pack comes with a collection of new game play modes including Urban Rampage, Death Race, Arms Race and Mercs Blitz, as well as some patriotic characters to choose from.  The new vehicles look VERY co-op friendly.

There's a trailer up over at the official website.  You can view it right here.  And don't forget to check out our official review.