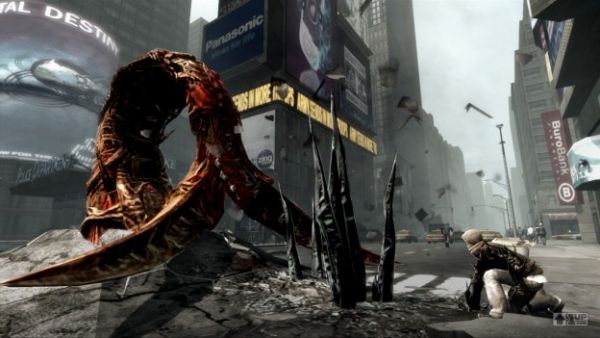 I remember when they announced the co-op mode of Prototype was cancelled.  They left us with a glimmer of hope, hope that perhaps they would come to their senses and add back in some sort of cooperative mode.  We all had visions of Crackdown in our heads, and despite a possibility of a sequel, this was as close as we were going to get.  But now a recent 1UP interview with Radical Entertainment's Chris Ansell, well it looks like there's no chance in hell.

1UP: Is co-op still a possibility?

CA: We made the decision earlier this year to focus the development team 100 percent on the core single-player experience for Prototype, so there are no plans for multiplayer co-op functionality. We were really glad to see that the large majority of our hardcore fans agreed with us in making the decision to leave multiplayer out of this product and focus on the core experience.

I'd like to know what "hardcore fan" liked the idea of cutting co-op.  I had was clinging on to hope that the delay and publisher exchange would bring the mode back, but according to the interview there's not even a chance we'll get co-op in the DLC form.  Lame-o-rama.