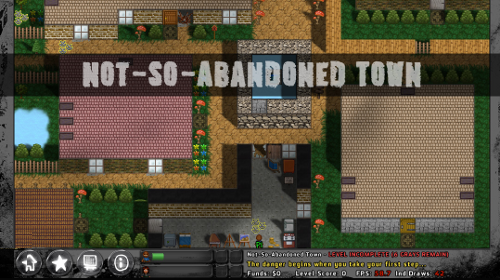 Arcen Games is on a roll. With A Valley Without Wind 2 hitting just a few months ago, the team has already shipped a new release. Shattered Haven is a top-down action adventure game stuffed with roguelike elements that just appeared on GOG.com. It even has a two player local co-op feature, just in case you want to sit down with a friend and outwit some zombies.

Following the story of Darrell and Mary, Shattered Haven has you solving environmental puzzles to clear each level of the Grays, zombie-like creatures that are definitely not your friends. There are over 100 levels to complete and multiple endings to uncover, each one wrapping up the story with a different emotion, so don't expect happiness and sunshine every time you play.

Shattered Haven is available for Windows and Mac via GOG.com. Arcen Games has teased a possible expansion later this year, but nothing official has been announced.