An action shooter that takes you on an epic journey across the solar system. Humanity’s last safe city has fallen to an overwhelming invasion force, led by Ghaul, the imposing commander of the brutal Red Legion. He has stripped the city’s Guardians of their power, and forced the survivors to flee. You will venture to mysterious, unexplored worlds of our solar system to discover an arsenal of weapons and devastating new combat abilities. To defeat the Red Legion and confront Ghaul, you must reunite humanity’s scattered heroes, stand together, and fight back to reclaim our home.

Destiny 2: New Light is the free-to-play version of Destiny 2. It includes all content from the first year of the game's release (the base game, "Curse of Osiris" expansion, and "Warmind" expansion), the Year 1 Raids, the new Armor 2.0 system, all Patrol Zones (including the Tangled Shore, Dreaming City, and the Moon), Gambit and Gambit Prime, the Reckoning, Black Armory Forges, the Menagerie, and all in-game events (such as Iron Banner and seasonal events like Festival of the Lost and Dawning). Additional content may be purchased. Cross-save is supported between PC, PlayStation 4, and Xbox One. 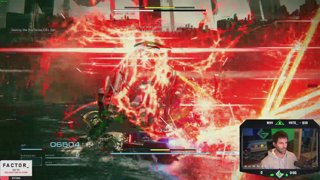 This page contains co-op info for Destiny 2 on the PlayStation 4. All information about Destiny 2 was correct at the time of posting. Information is subject to change. If you see any errors please email us.