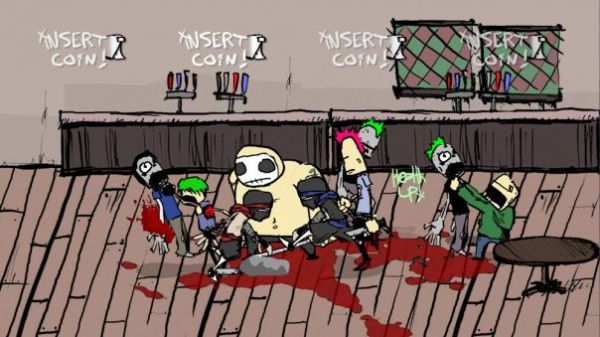 New details have emerged about Charlie Murder, the upcoming music-themed RPG/beat-em-up from Ska Studios. The game has been in development for quite some time, but new details leak out on a regular basis, so we're still pretty psyched about it. Charlie Murder will rely heavily on gaining levels, boosting stats with ability points, and finding/using various pieces of equipment, which includes things like badass Viking helmets, t-shirts, gloves and relics.

The four core stats you'll be working with are strength, defense, speed, and anar-chi. These can be increased by spending point allotments earned every time you gain a level. You can also boost them temporarily by wearing certain pieces of equipment. Relics are perhaps the more interesting items in the game, as they can do cool things like increase your chance of finding rare loot or adding flames to your bullets. They can also bestow negative side effects, though, so watch what you wear.

Different items have different sorts of abilities. Here are some examples:

Co-op in Charlie Murder will support four players either locally or online. There's still no set release date, but we can be patient!