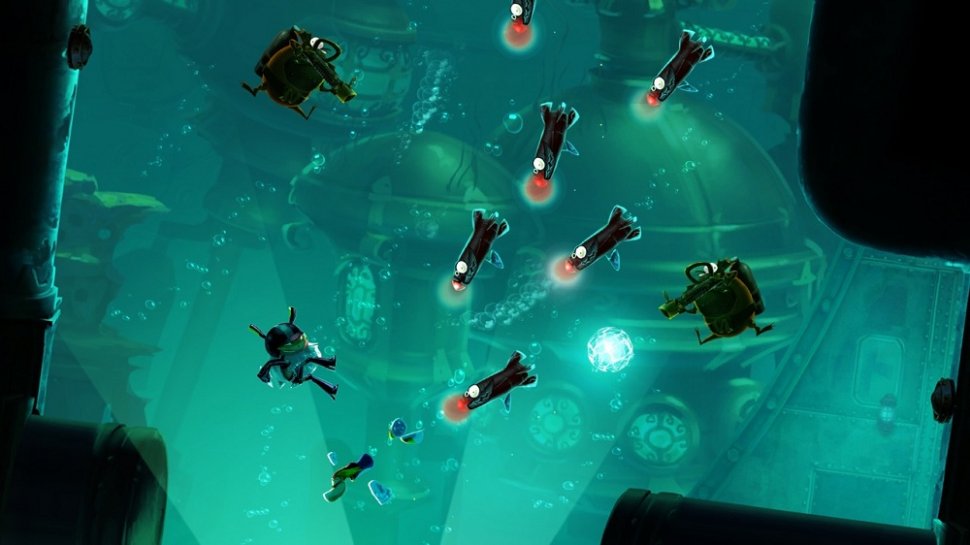 Mario has had some classic levels throughout his games; some of them great fun, but some of them spooky.  I always found the underwater levels the most worrisome and in homage to these, the developer behind Rayman Legends has produced their own.  In this latest trailer for the 4/5 player co-op, out August 30th, Rayman and two friends go underwater for some fishy slaughter.

Originally announced as a Wii U exclusive, this is no longer the case; Rayman Legends will also grace the 360 and PS3.  Wii U owners will get the bonus of being able to add an additional player with the WiiPad and use the technology's unique abilities.  Apart from that, the games should be similar.

This latest underwater reveal looks like another great addition to the Rayman scene that already as some fun looking concepts.  Check out the trailer below for some wet and 3 player action: