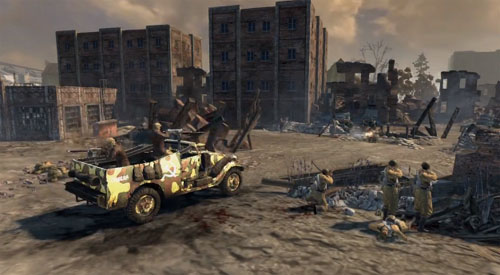 Company of Heroes 2 is the sequel to the much beloved RTS Company of Heroes. Since the first game was so highly regarded, no one disputes the fact that Company of Heroes 2 has some major commando boots to fill. Is it up to the task? According to our own Nick and Locke, things were looking extremely promising when they went hands-on with the game at PAX Prime 2012. The good news continued when a new mode was announced for the game called Theater of War which has 9 missions per faction that can be played cooperatively. Quite a quantitative improvement over the lonely cooperative mission of Company of Heroes: Tales of Valor.

Now we get a complete trailer for CoH2 packed with gameplay action and dramatic music spliced with huge words.