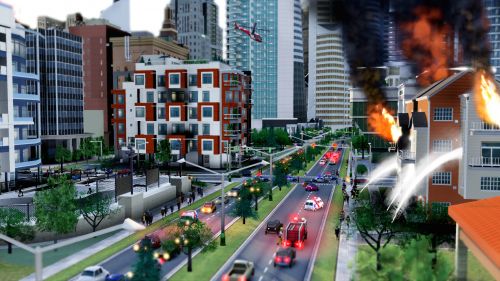 The ongoing fixing of SimCity’s multiple problems at launch has received yet another in its long line of patching history. Patch 5.0 for the game will continue to do away with as many bugs as possible, with a special helping of weeding out dirty, lying fire advisors that don’t seem to care about your safety.

SimCity has a longtime habit of telling players things that simply aren’t true in-game. The quite frequent phrase from these advisors, saying that “neighbors are sending fire trucks” when they literally have no fire stations in their cities, has finally been addressed. Hopefully this upcoming patch will shut them up a bit for you. With the addition of brand new features, such as a massive overhaul to the chat feature, price charts detailing all of your city’s history, and a filter system for your friends within server menus. With that, let’s take a look at the current patch notes of the update:

Still no offline mode is being offered, but at least it’s good that EA is doing away with their online passes. Right?