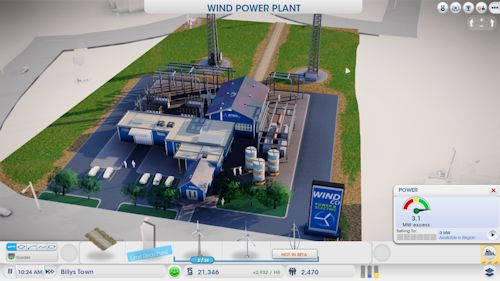 It was only this morning we told you how server woes continue for EA's SimCity. Many users are unable to connect, join regions, and play the basic game. There are long wait times similar to an MMO for users as they attempt to play the game.  Unfortunately things seem to have gone from bad to worse as the first major patch for the game has been released. Patches are normally a good thing - but in this case - not so much.

The first part of the patch was part of a server side change which disables many "non-critical" pieces like achievements and leaderboards. But the 1.2 client side patch does something bigger - it removes the ability to go into "Cheetah" speed. Veteran SimCity gamers will know the game can be sped up or slowed down as you play - letting the simulation play out and helping you achieve results - both desired and undesired - faster. By default there are three speed settings - turtle, llama and cheetah. The latter two are now identical.

* Fix for crash caused most commonly occurring on servers experiencing lag. This crash would happen most often when claiming a new city when playing in a region.
* Fix for server select dialog not appearing on start-up if the server the player was last on is not available.
* Disabled Cheetah speed. Cheetah speed is is now the same as llama speed.
* Crash fix for finding closest points.
* Crash fixes in transport and pedestrian code.
* A fix cities having processing problems associated with helicopters.

In my opinion disabling a core piece of the game - one that directly affects HOW you play it - is unacceptable. It's nerfing on a whole new level. I reached out via Twitter to several Maxis folks to comment on the change - but so far none have responded. From what we know, part of the "simulation" has always run on EA's servers instead of client side - apparently the speed in which it runs also is executed there. I'm guessing the extra data transfer that occurs during this is what EA and Maxis hope to alleviate for the time being while they spend time bringing up more servers.

We can only hope their server infrastructure is a virtualized and templated environment in which they'll be able to rapidly deploy these and restore SimCity to it's full functionality. Of course - you have to actually GET IN the game first.

We'll have our review of SimCity and its co-op features as soon as we can get some reliable time with the game in a co-op setting. Until then - you'll want to hold off on picking this up.