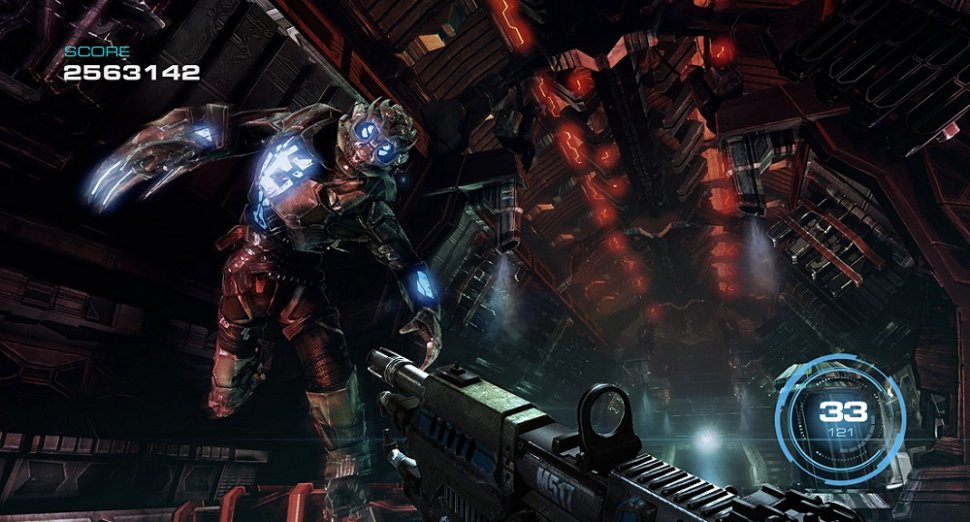 I can't stand aliens with their advanced technology, big eyes and penchant for probing.  They send me into an Alien Pique, an Alien Temper, even an Alien Rage.  Thankfully, I will be able to sate my green blood lust in the 2 player co-op shooter Alien Rage.  The new trailer shows off over 3 minutes of in game footage.

Alien Rage is a download game planned for release on XBLA, PSN and PC in the coming months.  You and a pal can join up online to rid levels of the alien menace.  The game looks to be a solid FPS with elements of the Halo and Gears of War franchise playing their part.  If you are going to borrow, may as well borrow from the best.

The below trailer shows off some impressive graphics for a download game, as well as some of the additional bonuses you get throughout the game e.g. headshots etc.  Will you be happy or perturbed after watching the trailer?  You decide: