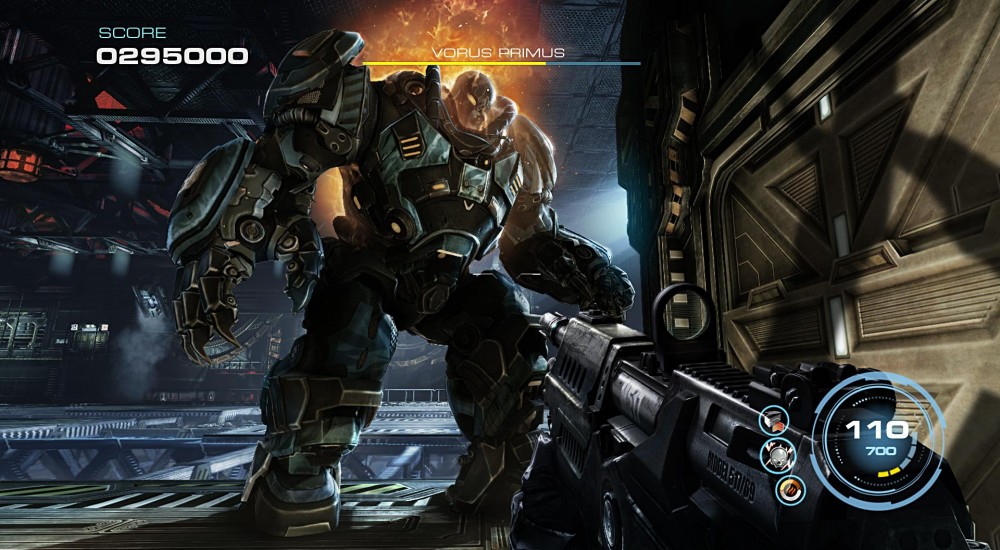 Fans of co-op alien destruction get a special treat today, as pre-orders for first-person shooter Alien Rage have opened up on Steam. The industry is no stranger to pre-order bonuses, but the best bonus of all? Money. Pre-purchasers of Alien Rage can get the title for 20% off, at $15.99 / £11.99 until September 24th when the game is released and will retail for $19.99 / £14.99. In the 23rd century we are in a classic battle for precious resources, and Alien Rage covers the inevitable conflict of two forces fighting for control over a huge deposit of Promethium, an energy source that doubles as weapons material. Outmatched by the Vorus, an advanced alien race, we lose the battle and eventually send in a team to take the whole deposit down.

Alien Rage features 21 enemy types, 14 levels, and 10 weapons with alternate firing modes to satisfy your alien anger. In addition to Steam, Alien Rage is also set to release on September 24th for PSN and XBLA. With co-op and multiplayer modes at the ready, we can’t wait to get our hands on this old school styled shooter.

Will you be pre-purchasing Alien Rage to save some cash? Or would you rather wait until it’s released to judge the reception? Let us know in the comments, and be on the lookout for our full review.