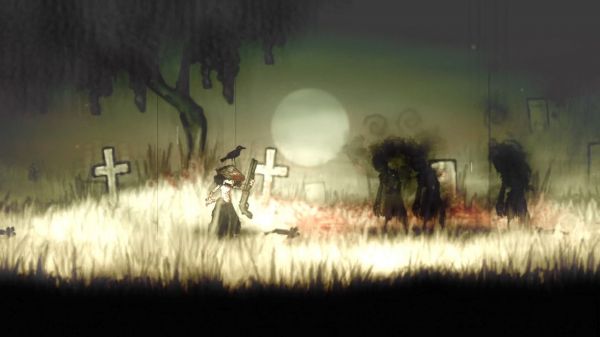 Ska Studios has been making lots of news in video game headlines lately. With their latest game Charlie Murder, they are aiming to once again take the XBLA by storm. The indie developer that is responsible for The Dishwasher: Dead Samurai, and The Dishwasher: Vampire Smile, has other news as well. Apparently for some time now, Ska has been trying to port Vampire Smile over to the PC. It seems to be a very wish that is requested by the fans, and Ska has always wanted to make it a reality. They have finally announced that the the desire will become true.

The reason that Ska has not previously brought Vampire Smile to the PC was because they were "busy." No doubt this is in reference to the enormous amount of work put in for Charlie Murder. The simple fact of the matter is that porting is a time consuming process, and Ska hasn't had time to work on the project as much as they would like to. Well, Ska has assured us that they will be porting an enhanced director's cut of Vampire Smile to PC sometime in the undetermined future. About a week ago, they brought up their plans with Microsoft. While nothing is set in stone, Ska did get the green light for the pre-announcement, so it looks like all systems are go, barring some sort of disaster in the kitchen.

The Dishwasher: Vampire Smile originally came out for the XBLA some years ago in 2011. It was a fantastic game that featured four player cooperative play both online and locally. For a retrospective review of the game, you can take a look here. Suffice it to say, it is a fantastic game, and if you haven't already played it, then you probably should (or wait for the PC release). More info on the PC version as it becomes available.