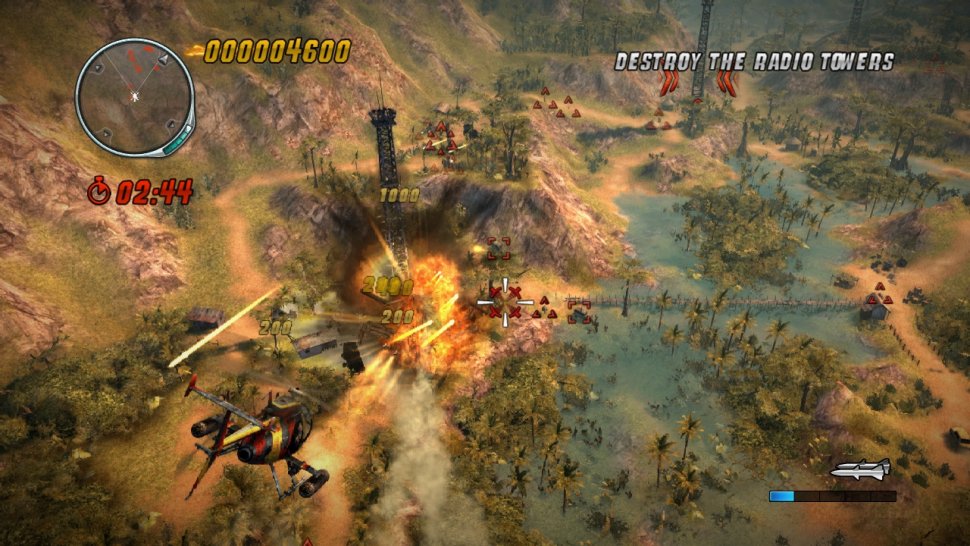 There are a serious lack of helicopter sim games on the market. The flight simulation games that are released are usually PC exclusive games. They also typically tend to be more realistic games, opting for a simulation experience over an arcade-like adventure. Even fewer games attempt to bring co-op into the mix. As such, Thunder Wolves fills a very interesting niche, combining cooperative gameplay, aircraft, and cheap arcade thrills. In Thunder Wolves, one player can control the helicopter while the other controls the firepower. It looks like a fun combo co-op game, and we gave it a favorable review or the PC.

Good news for the console crowd - the game had been released for the PSN and the XBLA. Oh, and the Steam version received a price drop as well. For a mere 800 MSP, or $9.99 on the PSN, you can experience 90's style helicopter action with a friend as you take to the skies. The Steam version of the game has also been reduced to $9.99. If you have any interest in flying games, or are looking for something different to play with a partner, than you might want to check out Thunder Wolves. It features two player local co-op, and is available now