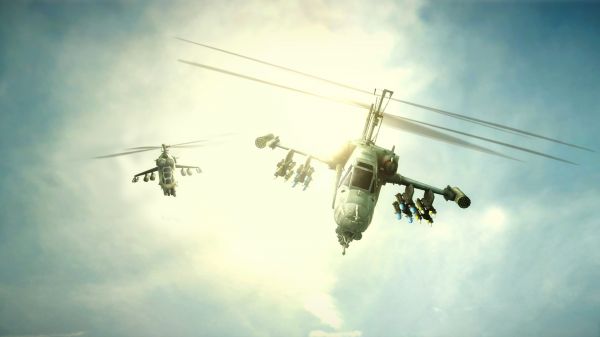 Ubisoft has announced a brand new flight action game for downloadable platforms like XBLA, PSN and PC.  The game is called Thunder Wolves and it puts players in the pilot seat of numerous attack helicopters that promise over 30 combinations of weaponary.

Thunder Wolves puts gamers in the hot seat of an experienced helicopter group that has survived a flurry of bullets and caused more destruction than the Seventh United State Army. Gamers will embark on a variety of missions including high-risk convoy protection, deploying a commando on fast-moving train or unleashing hell on a fully destructible battlefield.

Thunder Wolves is planned for an early 2013 release.