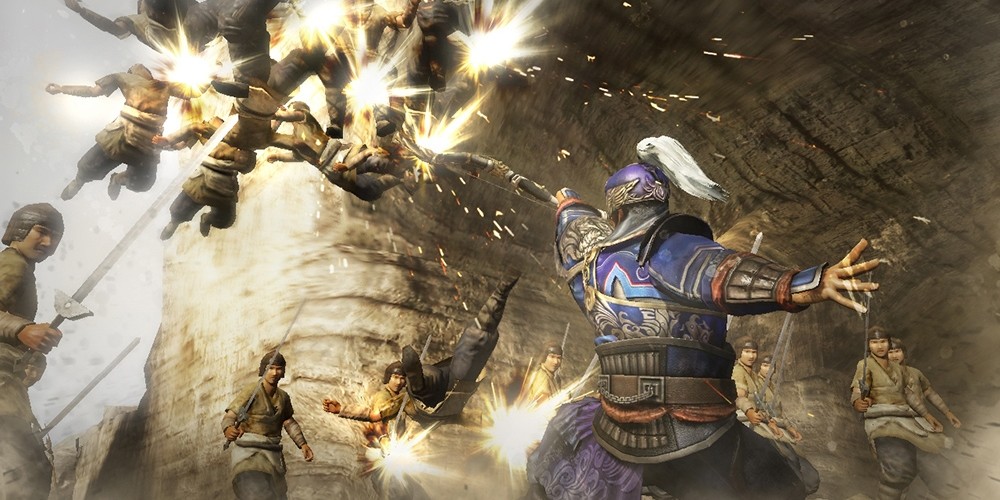 The summer keeps going and going and going. This week we have some licensed movie games, Serious Sam gets a collection, and Dynasty Warriors spawns another sequel. In awesome news, I saw Pacific Rim over the weekend. It was better than I anticipated, but not as good as I wanted it to be. I hope it does well enough at the box office to warrant a kick-ass Voltron movie. Dare to dream.

Dynasty Warriors 8 (PS3,360)  Everything that could have been written about Dynasty Warriors games was written by the fourth sequel, which launched almost eight years ago. Fight hordes of enemies and a lethargic frame rate with a legendary character from Romance of the Three Kingdoms.  2 player online co-op, 2 player local co-op

R.I.P.D.: The Game (PC,PSN,XBLA) This third person shooter looks... interesting? It's the zombie version of M.I.B. starring the Dude from The Big Lebowski  and that pedophile from Waiting.   2 player online co-op

Turbo: Super Stunt Squad (360,PS3,WIIU) This little game is based off of the upcoming Dreamworks film about a snail that races in the Indianapolis 500. The 360, PS3, and Wii U versions feature a co-op mode. Players perform stunts in open arenas similar to a skating game. 2 player local co-op ***The Wii and portable versions of Turbo are racers and do not include co-op