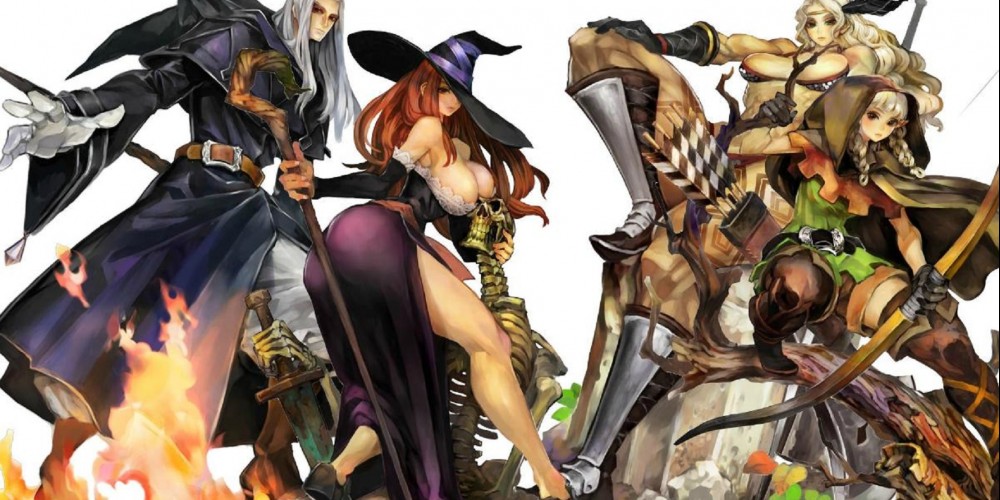 Chances are you have heard about the upcoming game from Vanillaware called Dragon's Crown in some way, shape, or form. Perhaps you are a fan of the developer, and are looking forward to the next thing they have to offer. Maybe you like side-scrolling games with lots of loot. Or, maybe you happen to be a huge fan of the gratuitous (yet breathtaking) artwork. Whatever reason you have for looking into Dragon's Crown, there is no shortage of media available. And the release is just around the corner.

As the projected launch date of August 6th inches ever closer, we have been receiving a steady stream of artwork, screens, and trailers to keep your eyes fixated on the prize. The latest trailer is a four-minute long video chocked full of information, in game footage, and amazing artwork. The only catch is that the information is all in Japanese. Even without knowing Japanese, some of the video is pretty self-explanatory. It looks like there will be tons of loot to collect, and lots of in-game extras to unlock.

You will be able to play Dragon's Crown cooperatively with up to four players online or locally. The game looks to be a blast, and it will be releasing before we know it on both the Playstation 3 and the Vita. We will share more information as the release date comes closer.