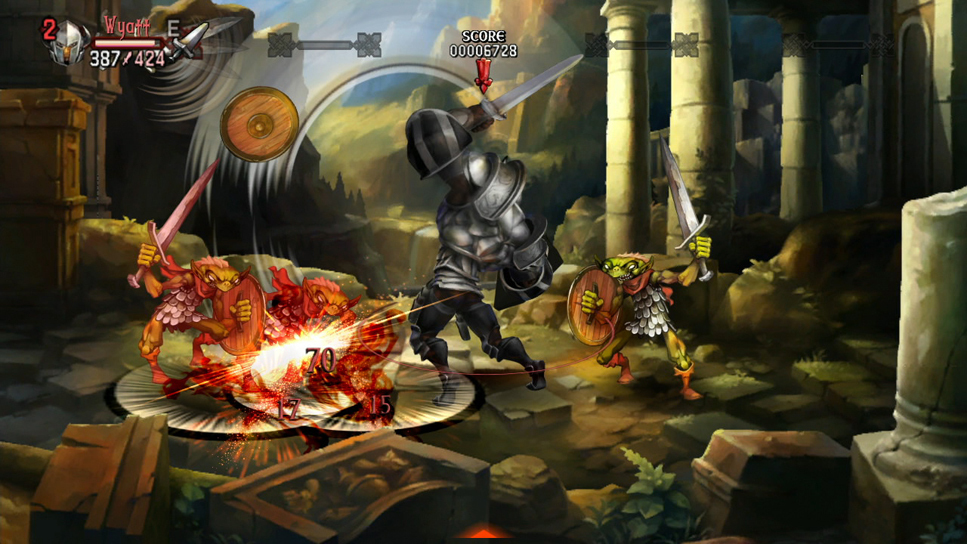 Today we have two new trailers from Vanillaware's 2D brawler, Dragon's Crown. The side-scrolling fantasy game features six playable characters, two of which are on display here. The epic will focus on cooperation and replayability.

The Fighter is a tank of a man, wielding a sword and shield while being protected by a massive suite of armor. He also has tiny little legs. The Sorceress, well, who needs armor when you've got magic? What she lacks in protection she makes up for with pizzazz. Yeah. That's what I'm calling them.

Those hand-drawn visuals are something, aren't they? Vanillaware has developed some beautiful titles. The PS2's Odin Sphere, GrimGrimoire, and the Wii's Muramasa: The Demon Blade are nice examples. George Kamitani's characters certainly have a particular look.

Let's see what the Sorceress has to offer. Oh, and this video ranks "Jiggly Jessica Rabbit" on the NSFW scale. You've been warned.

I showed this video to my wife and asked if she had any comments. She said "There is no good comment for that video." Hmmm... It should be interesting when I ask her to co-op this title later this summer.

If you want to see more videos you should check out the Dragon's Crown Japanese site. They've got slightly longer versions than those we posted above, plus videos for the Dwarf, Wizard, and Elf. The Amazon doesn't have a video up yet. I wouldn't be surprised if there's some fuss when she finally gets a featurette, because nudity and sexualization of video game characters is bad. I'm going to go virtually murder some things now.