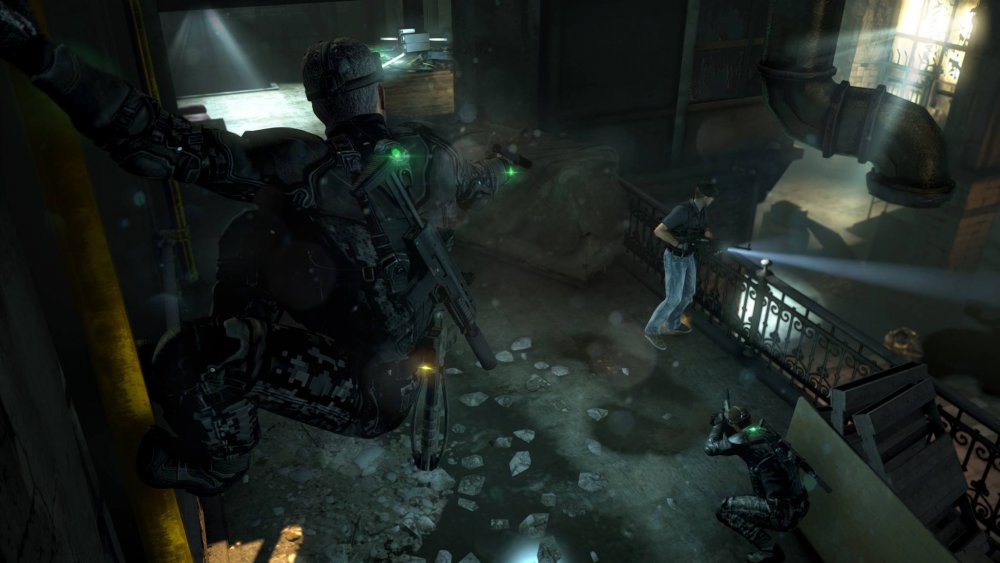 Gather round my hearth ye gentle folk and come play Splinter Cell: Blacklist with me.  Except for you Nintendo Wii U owners, if you want the game to be released on the same day on the Wii U as on the Playstation 3 and Xbox 360, you are going to have to forgo the 2 player local co-op.

This is according to Nintendo Life's interview with Blacklist producer Liu Jun.  When asked about the game's co-op, Jun was able to confirm that the 2 player co-op mode was available online and offline for the Sony and Microsoft machines, but only online for Nintendo's:

NL: On Wii U, is offline co-operative play supported? If so, which controllers can be used?

Normally, it is the other way round with online being sacrificed, but never underestimate the peculiarities of co-op on Nintendo's machine.

In better co-operative news, Jun was able to expand on what exactly the co-op in Blacklist with entail:

NL: The co-op element promises to be “blurred” with the single player campaign, can you tell us more about how the two modes interact?

NL: Is completing the co-op content important to the single player experience, or is it an optional extra?

LJ: Co-op is optional and the missions compliment the storyline of the single player campaign. It is important to note, however, that almost all of the co-op missions can be played by a single player if they choose to do so. The gameplay will be different, as we have a number of co-op specific moves that can’t be completed when you’re by yourself, and we’re really proud of the level of variety offered through our co-op missions.

The ability to jump into a co-op game at any time sounds intriguing, but for the juice you will have to wait for the games release on 20th August and the full Co-Optimus review that will soon follow.