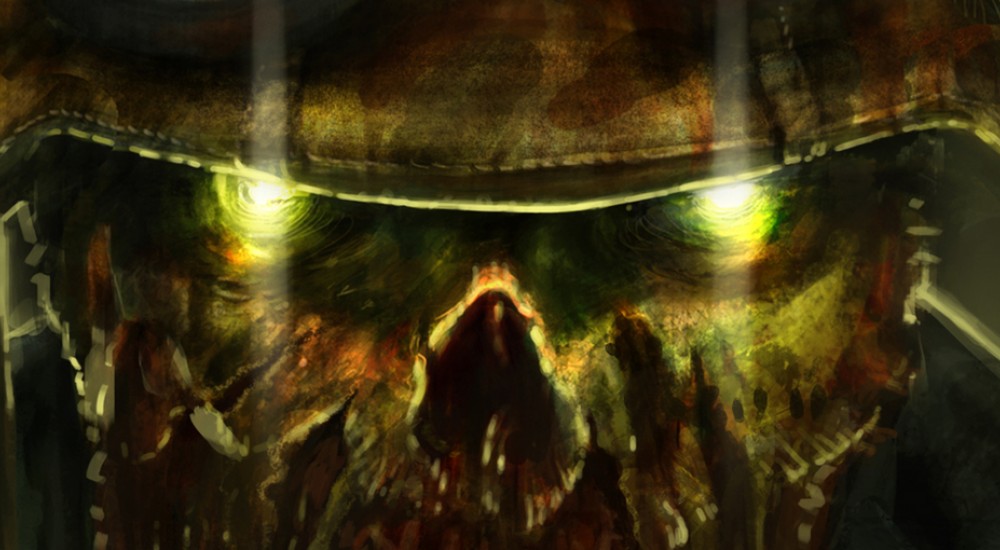 Most everyone with any sense of morality uses the terms “Nazi” and “Zombie” with equal derision. Well, Rebellion Studios has done us all a favor and combined the two for the second time in Sniper Elite: Nazi Zombie Army 2, pushing for launch later this year. Everybody knows the secret to making zombies even more despicable is slapping swastikas all over their trench coats and teaching them to goosestep while gargling Wagner.

The original Sniper Elite: Nazi Zombie Army featured a co-op campaign of up to four players as the Allied forces descended upon Berlin during the closing days of the European theater, where Nazi occultists have turned their fallen soldiers into countless undead. Nazi Zombie Army 2 picks up hot on the heels of the last game, though the necromancers at Rebellion have “expanded the legions of Nazi undead with some really intimidating new enemies.”

If I looked like him, I'd be running into the bullets.

The original Nazi Zombie Army possessed third person shooting mechanics in addition to the titular sniping sequences. Coordinated team mates could flush out enemies into sniper fire, or lure the mindless hordes into a spray of rifle bullets. Just in case a world overrun by animated corpses wasn’t visceral enough, NZA featured an X-Ray Kill Cam, in which you can observe, in slow motion, a 20mm round enter the surprisingly detailed skeletal structure of a rotting Nazi and then emerge out his spine leaving an exit wound the size of a Volkswagen.

Nazi Zombie Army is currently planned for a PC release, though Rebellion is hoping to make use of both Microsoft and Sony’s new self-publishing to bring their vision of a demonic Berlin to the Xbox One and the Playstation 4.