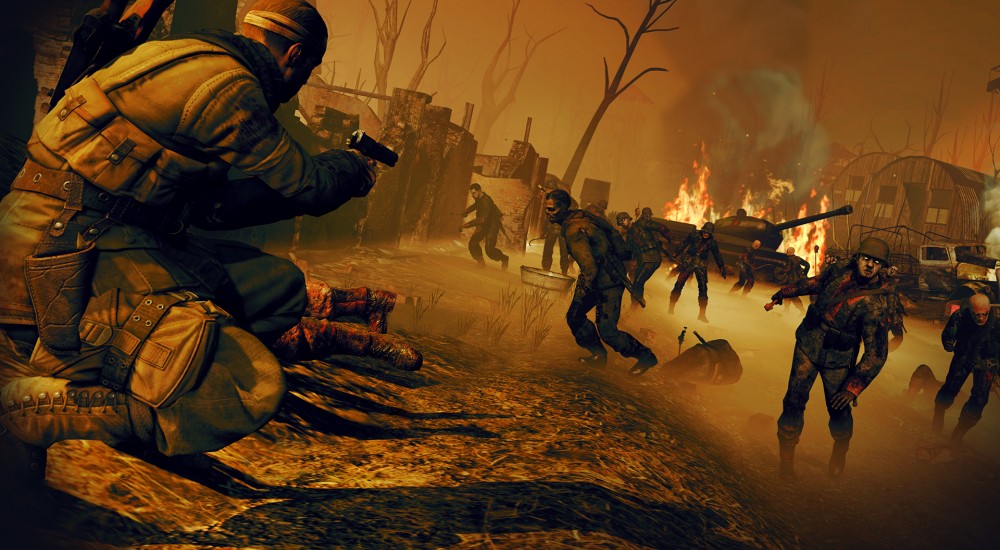 If you don't already own the most sophisticated Nazi Zombie Shooting Simulator ever released, Sniper Elite: Nazi Zombie Army and the sequel, Sniper Elite: Nazi Zombie Army 2, this weekend might be the best chance to pick up both games on the cheap. Celebrating the series' one year anniversary, both titles are a whopping 75% off on Steam and the Rebellion Store, meaning you can snag both for $6.75. Chances are if you are a living, breathing human like myself, you have grown to really loathe the undead, especially if those zombies happen to be really huge fans of Mein Kampf.

Both titles have gone on to sell over half a million copies, and their domain is expanding with the recent announcement that they are shambling their way onto consoles as well. Do not lament if you already own both games on Steam, however. Rebellion's CEO, Jason Kingsley, stated "We can't say much yet but it won't just be a re-package of the first two games - there will be plenty of new content to get stuck into." I'm not sure what else you could want from a game where you snipe the rotting brains out of Nazi Zombies, but we'll take it. Soon you and your buddies can band together and sweep the filthy, zombie infested streets of Berlin on the television as well as the PC monitor. No announcement as to which platforms SE:NZA and its sequel are coming to, though both of the next gen consoles do allow self-publishing.