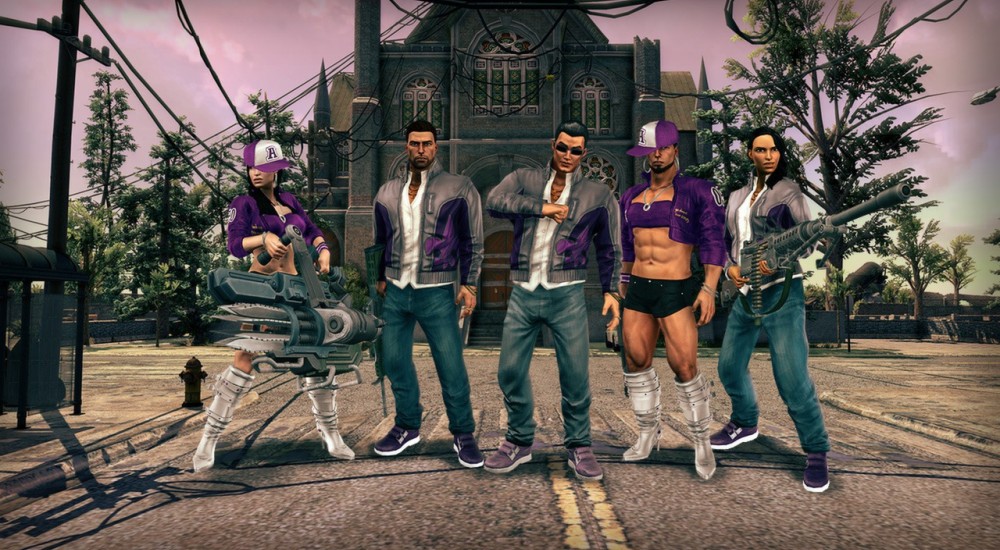 No stranger to poking fun at other games, Saints Row IV has released the GAT V DLC Pack today. Taking a jab at another huge game that launched today for console but not PC, the description of the content pack reads, “Want to buy GAT V on PC? Too bad! Because we made the GAT V pack FREE on Steam for today only!” Here’s the trailer:

Also available today is the Wild West Pack. For $2.99 you’ll get a cowboy suit, wild west dress, and two Western style guns - a revolver and shotgun. Check out the trailer here:

Both DLC packs are currently available on Steam (with the GAT V Pack being free for today only) and will launch on PlayStation 3 and Xbox 360 today in North America for $2.99, and Wednesday everywhere else.

Saints Row IV features 2-player online co-op for the entire campaign where the leader of the Saint has been elected President of the United States and has to battle aliens while held captive in an advanced computer simulation. Check out our full review here.