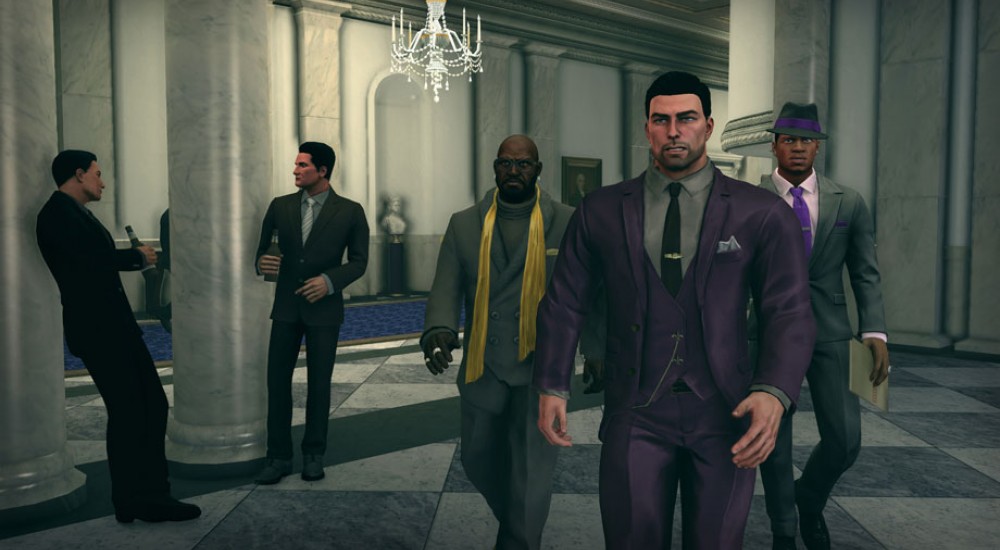 It's hard to keep just about anything under wraps in this newfangled digital frontier. Case in point, the internet watchdogs who patrol Amazon in like six different countries noticed two new items from publisher Deep Silver: Saints Row IV: Game of the Century Edition, and Dead Island Double Pack. While a Deep Silver rep has come forward and announced the Game of the Century edition, it's only been announced for Europe.

The Dead Island Double Pack appeared to include Dead Island and Dead Island: Riptide and all of the DLC for both in one convenient bundle. As far as co-op experiences go, you could do worse with this four-player zombie game and a pseudo-sequel. If you haven't been using manual controls to smash a zombie's limbs with a sledgehammer until it can move only by doing the worm and attempt to nibble your toes, then you don't know what livin' is, friend. Grab three buddies and trash a resort teeming with undead. Saints Row IV gives you control of the super-powered President who fights aliens in a virtual world similar to The Matrix. If anything is worthy of "Game of the Century," that would have to be it. Saints Row IV had a massive amount of DLC, with two mission packs and a slew of cosmetic stuff. Game of the Century includes the main game and ALL of the DLC, from teaching the Saints the true meaning of Christmas, to dressing them up in anime outfits. The game is zany enough without playing Power Fantasy Dressup, but it's there if you want it to.

Deep Silver has yet to officially announce Dead Island Double Pack, and has only stated Saints Row IV: Game of the Century for Europe so far.