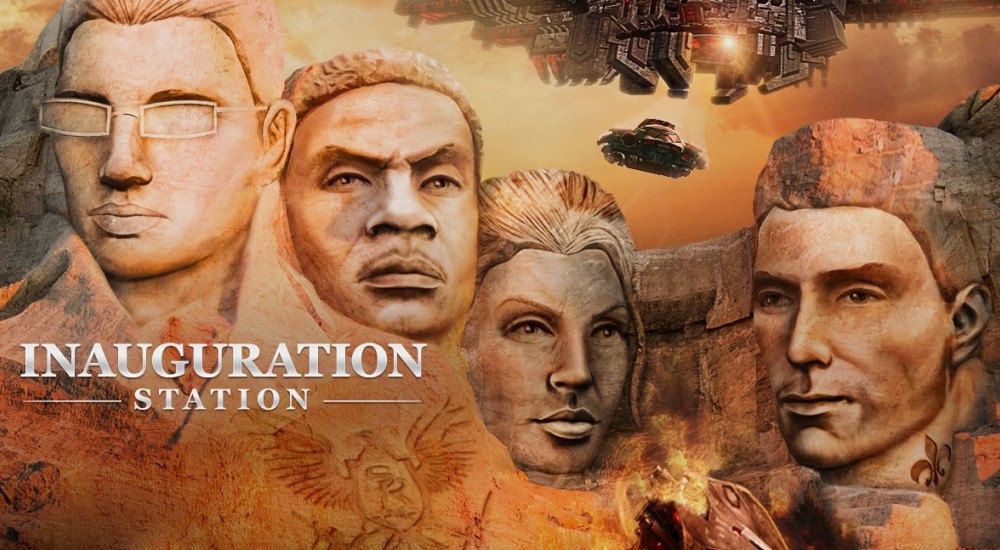 Can't wait for Saints Row IV? Deep Silver and Volition have got you covered. You can start crafting your own personal version of the President of the United States of America right flippin' now. The custom character creation tool, the Inauguration Station, is available to download today.

Similar to the Initiation Station of Saints Row: The Third, you can create, edit, modify, customize, dress up, and dress down your in-game avatar. You can then upload your avatar to the Saints Row website and import your character when you begin the game. Don't keep your co-op partner waiting. Get the character creation process out of the way right now. I suggest keeping the female sex appeal slider under 70, because, well, just because.

You can also import and modify your Saint's Row: The Third character and other community characters. There are plenty of super hero clones and semi-nude models to choose from.

In southern hemisphere news, Australian versions of Saints Row IV won't be able to connect to the rest of the world for cooperative play. According to Kotaku, Australia has some pretty tough rules when it comes to video game debauchery. Something about alien narcotics and drugs being a big no-no. So you won't be able to co-op with your Australian model girlfriend whom no one has ever met. Sorry. You would think people living on a continent overrun with some of the most murderous flora and fauna on the planet would have thicker skin. Oh well.

Saints Row IV supports two player online co-op. It will be available on August 20th for the Xbox 360, PlayStation 3, and PC. Our Co-Op Review and Co-Op FAQ will post the morning of August 14th. The Inauguration Station character creator is available to download from the Xbox Live Marketplace and Steam today. It should be available from the PlayStation Store in the near future.