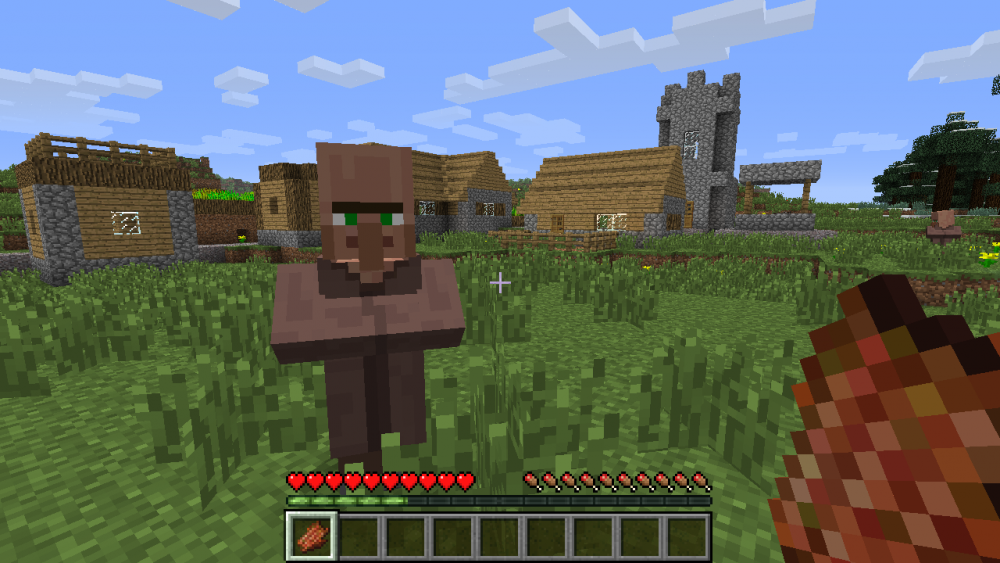 Minecraft: Xbox 360 Edition’s upcoming Title Update 13 will continue to evolve how the game is played today, all while fixing many graphical errors and game glitches. Microsoft Studios recently revealed the latest changes that will be made to the game very soon.

Many of the fixes involve correcting most of the spotted bugs found from the most recent patch. The new Ocelot mobs added a slew of unwanted nuisances, such as relieving your inventory of fish when trying to tame them for a pet cat in Creative Mode. Also, the in-game Minecraft Store has been updated to show local currency rather than MS Points (which are no longer with us). Read the full list provided for a heads up:

- Fix to generate Experience Orbs when breeding animals.
- Fix for Zombie AI when in a house with the door closed.
- Fix for Ocelot and Chicken AI problem causing heads to spin around.
- Fix for Ocelot tooltips not properly showing the actions available.
- Added sounds for hitting Ocelots.
- Fix for graphical glitch with Fences.
- Fix for graphical issue with upside down Pistons.
- Fixed water in a Cauldron to be still, not flowing.
- Fixed world generation problems with some seeds (e.g ‘journey’).
- Added message saying you can’t spawn enemies in Peaceful mode.
- Raw Fish is no longer removed from the player’s inventory when trying to tame an Ocelot in Creative mode.
- Water will no longer be removed from a Water Bucket when filling a Cauldron in Creative Mode.
- Fix for missing text in the message when a player is killed by an Iron Golem.
- Fix for player shadow being displayed in the Inventory menu.
- Fixed some lighting issues.
- Fixed an issue with light and fire remaining after a lightning strike.
- Made Jungle Wood Stairs flammable.
- Fixed Silk Touch not working on Glass Blocks.
- Fix for underwater filter when camera collides with blocks.
- Added an option to hide a Mash-up Pack Themed World in the saves list, and an option to unhide all in the Settings menu.
- Increased Minecart speed to double the normal speed.
- Fixed some Redstone Lamp issues.
- Chests won’t open now if a Cat is sitting on them.
- Added a limit to the number of Villagers spawned by breeding.
- Added the hearts display when Villagers enter ‘Love Mode’.
- Fixed a problem with the rain sound not playing in some biomes.
- Fix for re-appearing ores, lava and water after mining, if they are within five blocks from the world edge.
- Fixed spawn positions in a saved Mash-up Pack world.
- Fixed issue with a map placed in an item frame revealing the position of all players despite ‘In-Game Gamertags’ having been disabled.
- Minecraft Store now displays the prices in the local currency, rather than Microsoft Points.

No official date for the patch has been revealed, but we do know that it’s currently undergoing Certification testing with Microsoft as we speak. In the meantime, we have more information from developer 4J Studios that something “Medieval” will also be coming to Minecraft in the future, as shown on their Twitter page. The “Plastic” and “Natural” Texture Packs will also be discussed first thing next week: