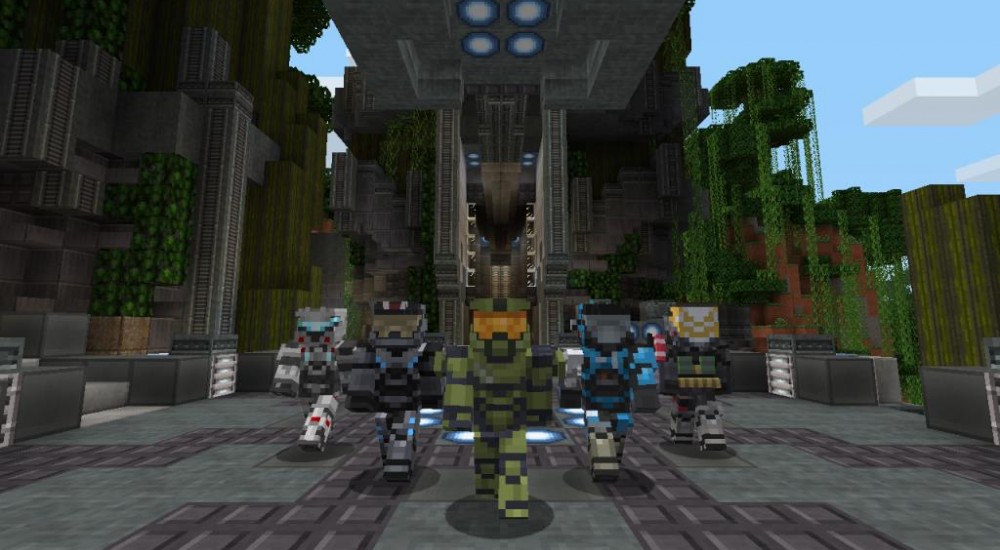 Details on the long teased Halo inspired Minecraft: Xbox 360 Edition content have finally been revealed, and it's a pretty big bunch of stuff. The pack includes Halo style texture sets as well as a new look for certain items. 40 character skins are also included, and it comes with a world directly inspired by the Halo franchise, recreating familiar locations such as Blood Gulch, Valhalla, and Sandtrap.

The menus and user interface also see a face lift, as they will more reflect the Halo games you've become familiar with. Lastly, you can expect play while listening to music from the Halo games, though specific titles of tracks have not yet been announced.

No release date or price was revealed, but previous packs with content from Skyrim and Mass Effect retailed at $3.99, so we expect a similar price point. Check the screens below to see some of the content in action.