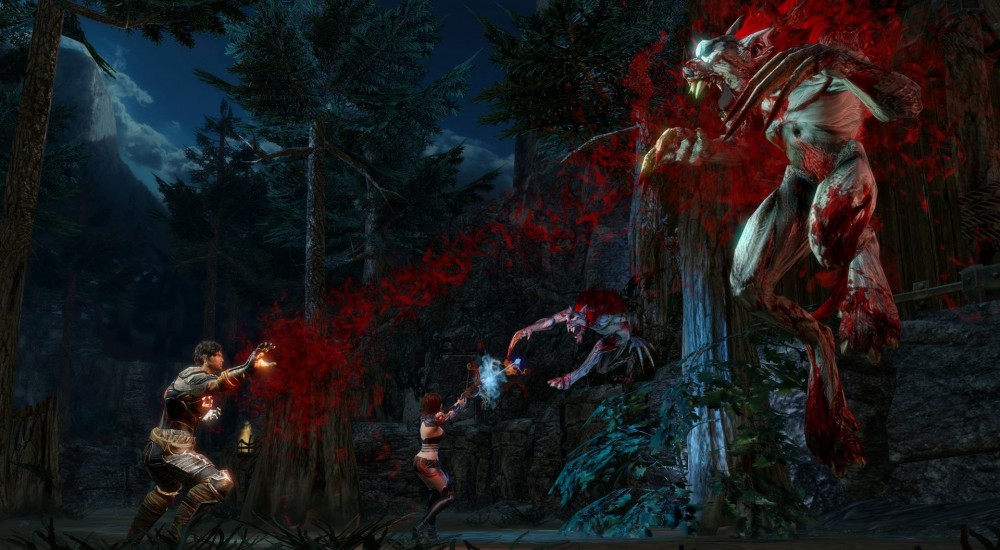 It was back in February of this year when we last heard from Blood Knights, a co-op action RPG coming to XBLA, PSN and PC. The game was to be released, or so we thought, but suddenly vanished. The vampiric title is re-emerging with a new publisher as Kalypso launches a new digital only publishing arm called Kobalt Games. Their first task is to finally bring Blood Knights to light all while focusing on digital only titles under $30.

Blood Knights puts players in control of a male warrior for close range attacks or a female vampiress wielding a crossbow providing ranged support. It sounds a lot like Hunted: The Demon's Forge which came out sometime ago.

Blood Knights can be played in single player or co-op, with single player folks switching between the characters throughout the campaign. A new feature on the bullet point list for the game is over 160 available weapons and 40 different armor combinations, combined with the various vampire abilities, should make the character customization in the RPG feel pretty customizable.

Sadly the game doesn't have a new release date, though Kobalt hopes to see the title out before the end of the year. We'll keep you informed when it does.