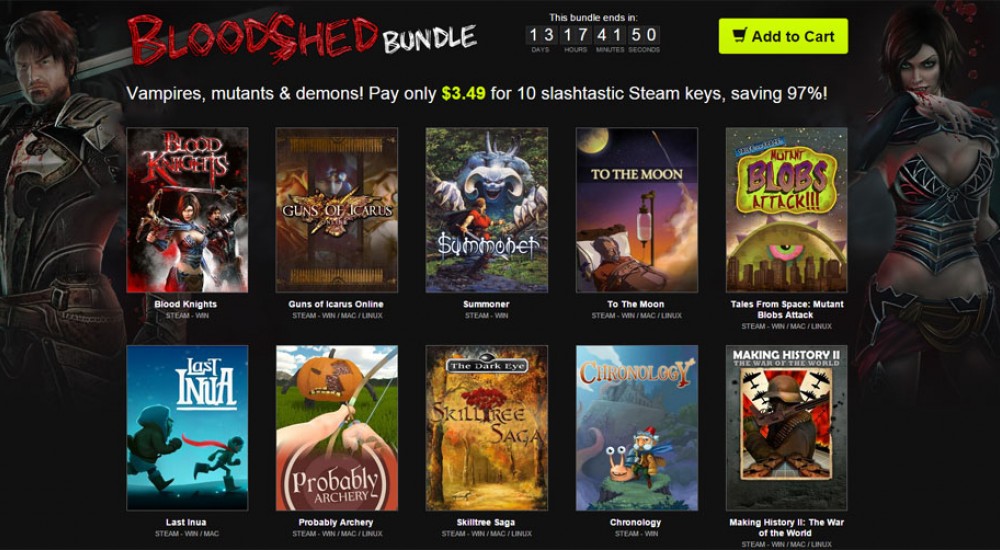 Bundle Stars is currently running the Bloodshed Bundle for the next two weeks. The bundle contains 10 Steam keys, including one for a co-op game: Blood Knights. While Blood Knights might not be the most flawless co-op game of all time, it might be worth checking out for $3.49 when you're getting 9 other games to boot.

The 9 other games are as follows:

While I haven't heard or played some of the games in the bundle, others I know to be quite excellent (for example, To the Moon and Mutant Blobs Attack).

Blood Knights supports 2-player local co-op. The key included in the bundle is for Steam on Windows only.