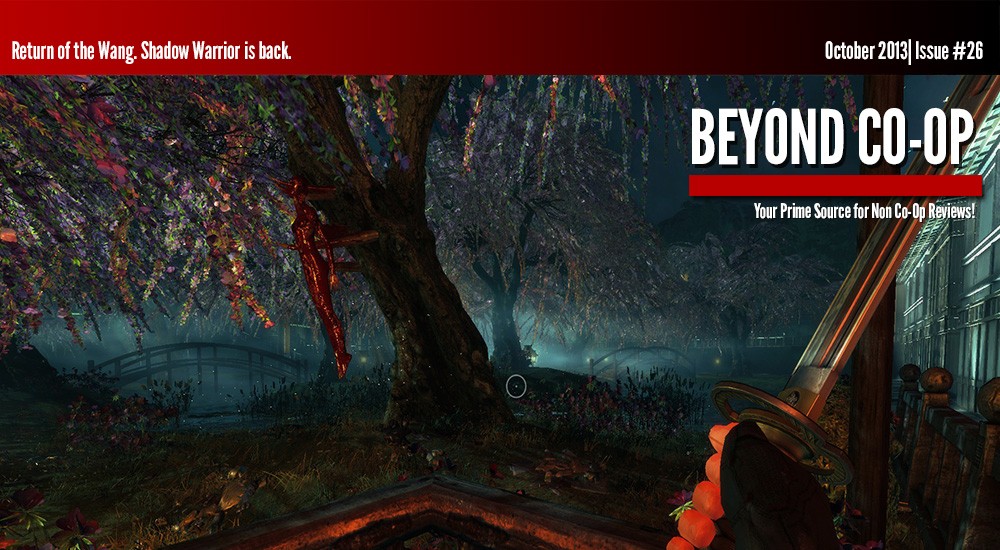 It's time for another round-up of our single player game reviews which the staff always posts in a timely manner to our Community Blogs section. This month's Beyond Co-Op Reviews feature games like Remember Me and Lost Planet 3 from Capcom, Shadow Warrior from Flying Wild Hog, and indie gem Gunpoint from Suspicious Developments.

"The presentation of these remixes is interesting, and helps to establish the characters in Remember Me. There are lessons to be learned and secrets to be found in these sequences, with the ultimate goal of uncovering the truth of a massive conspiracy stemming from the Memorize corporation. "

"The Crosslink system makes each level a set piece puzzle giving the player the power to tackle it in any way imaginable. The puzzles allow for much experimentation and even though a solution is obvious, it may be more fun to construct an elaborate series of events to achieve success. "

"While the premise, levels and main character are all dripping with cool factor, Killer is Dead is rife with issues. First and foremost, there is an absolutely unacceptable amount of screen tearing whenever there's action or you move the camera around quickly. "

"The pacing in Shadow Warrior is constant, and each battle is capped off with a star rating of how you did, only to allow for a few seconds to admire the game’s beautiful graphics before the next battle kicks off. "

"Personally I can’t get over just how beautiful Ducktales: Remastered looks. I’m instantly transported back to my childhood watching Mrs. Beakley talk to Scrooge about keeping a clean house. "

"Perhaps there are other areas in the game that alleviate the frustration of dying so often?  Not really.  The graphics are uninspiring, whilst in other areas the game is just plain bad.  "