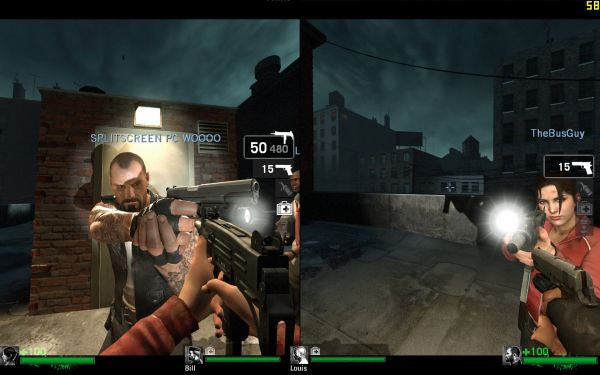 We've had several email tips regarding how to add splitscreen to a couple of favorite co-op games, namely Unreal Tournament III, Left 4 Dead, and Left 4 Dead 2. The console versions of these first-person shooters all supported splitscreen (even splitscreen online), but for some reason it was left out for the PC versions.

The greatest thing about these quick file edits is that you can choose if you want vertical or horizontal splitscreen. The code itself is too lengthy to post here, but follow the below source links to find detailed instructions on how to customize each game. If you try any of these, be sure to let us know in the comments. Have fun, and thanks to our tipsters - especially Alex Wawroski and Patrick Lavallée!