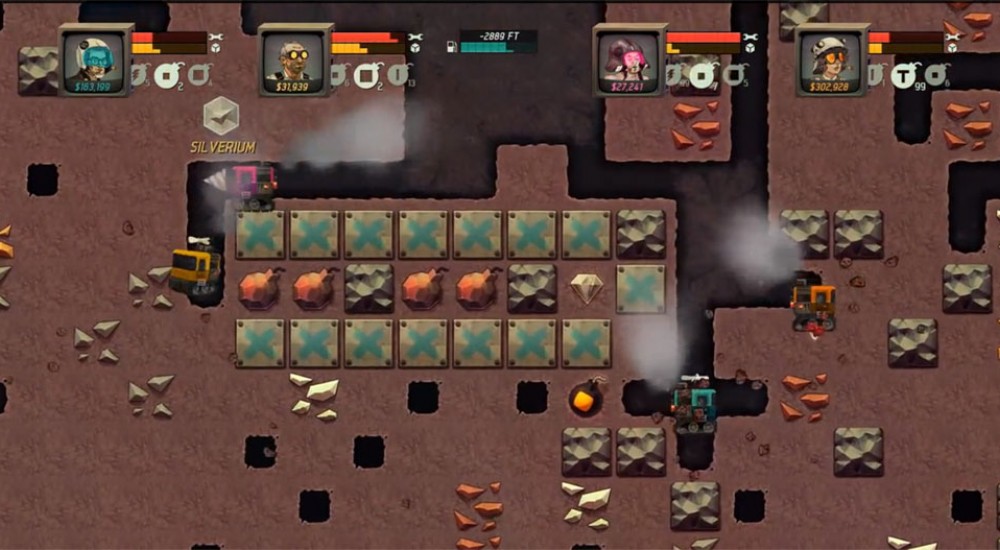 Super Motherload, the sequel to Motherload, has just dug up a new trailer for the game. Specifically showcasing the PS4 version of the game, the new trailer displays final gameplay as well as some previously unseen features in earlier trailers.

Developer XGen Studios is also happy to announce that they're currently participating in the PS4 Retail Kiosk promo that Sony just launched this week. If you're interested in taking a look at the game on the PS4, you can find more information about the promotion on the Playstation Blog.

Super Motherload will support up to 4 players in local co-op. It will boast 10 unlockable characters and 150 "explosive-based" puzzles. The game will be launching on PSN for the PS4 November 14th, right alongside the PS4. The game will also be coming to the PS3 and PC (via Steam), but the release date for those platforms is currently unannounced.