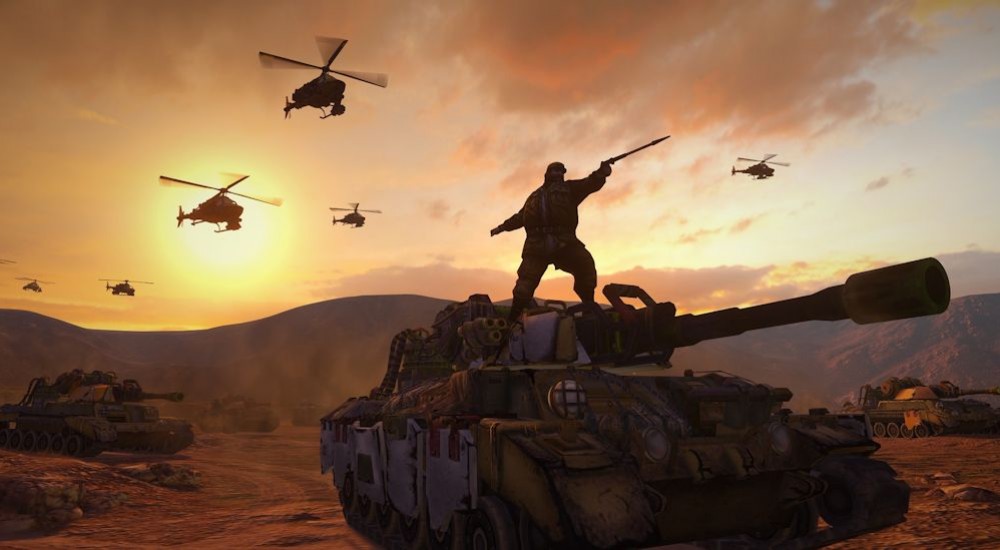 We last looked at the upcoming free to play Command and Conquer at E3 and came away impressed by the quality of the title. The game continues to be in a closed beta test while the rest of the world is on the outside looking in. Recently EA have announced further plans for the game, letting us know a full fledged episodic campaign would arrive in 2014.

Command and Conquer is set in the Generals universe, that means no GDI or NOD, but it also means more freedom in terms of the story. Here's what's planned for Episode 1.

The first Campaign Missions will follow the Asia-Pacific Alliance (APA), as they attempt to stabilize a world that once again teeters on the brink of war. Having sat comfortably as the world’s foremost geopolitical power for nearly a decade, the APA finds itself challenged on all fronts. The upstart European Union (EU), a high-tech, single-state entity with an increasingly expansionist agenda continues to flex her muscles, while a series of increasingly bloody uprisings have torn key APA and EU satellite nations asunder. Rumors point to a newly reconstituted Global Liberation Army (GLA) as the instigator, but witnesses have described technology far beyond the reach of any normal terrorist organization. Concerned, the APA dispatches an elite force to infiltrate the latest, most volatile rebellion, one targeting an EU backed dictator. Their mission - learn the truth about the GLA, undermine the EU and restore peace to the globe.

We've been told that these missions will be playable in both single player and co-op with more dynamic content added as time goes on. These missions will of course be free to play in addition to the game's versus modes as well as Onslaught, an objective based co-op mode where players team up to defend their base from enemy hordes.

A new trailer has been unveiled teasing the campaign missions. Command and Conquer will launch before the end of 2013 and will be accessible via EA's Origin service.