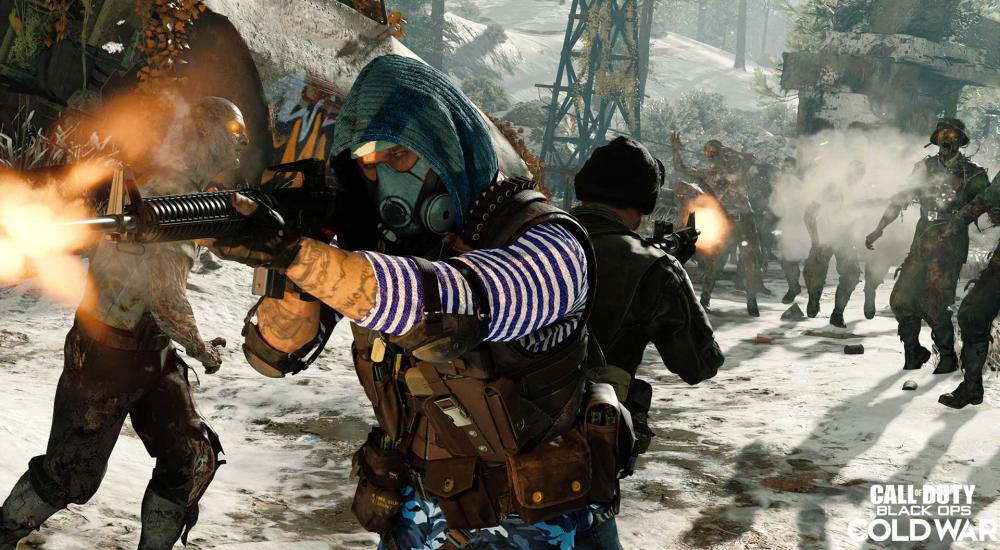 If you wanted to see what Call of Duty offers for co-op players, now is a good time to dive into the Call of Duty: Black Ops Cold War's zombies mode, which is free from January 14th through the 21st.

For the first time in Call of Duty history this mode is getting a free to play week called...Zombies Free Access Week. The free access period will be available to all players through their respective platform’s store which includes PlayStation, Xbox and PC via Battle.net.

Everyone has access to two modes of play. Die Maschine is an abandoned WWII-era laboratory in Poland containing a massive particle collider where you need to survive as many rounds as you can, unlocking new areas and weapons in traditional zombies fashion. Cranked has your team airlifted in with a loadout of your choice with an ever running "Cranked Timer" ticking away. Players explode if they fail to kill another zombie before the timer hits zero.

In this mode, your duo will use whatever is in your loadouts to fight against hyper-aggressive waves of undead forces. Unlike in traditional round-based Zombies, a Dark Aether Orb will confine you to a specific space on the map until it is charged by the souls of the undead.

Are you checking this out this weekend?