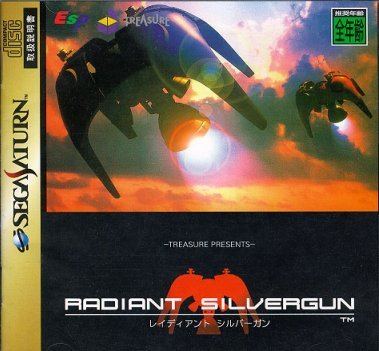 Fans of Ikaruga, which we reviewed here, will find this news interesting.  It appears that Ikaruga is not the only acclaimed shooter from Treasure that Microsoft wants on Xbox Live Arcade.  Radiant Silvergun, which many feel is the best shoot em up of all time, is on Microsoft's wish list.  (Ours too, for that matter; copies of the game are quite pricey on Ebay.)  MS approached Treasure CEO Masato Maegawa about porting the Arcade/Sega Saturn title over to their service.

"Microsoft actually asked us if we could put it out," he says. "We're thinking about it, certainly, but it's not as simple as just saying 'OK, let's put it up.' I mean, sure, with Ikaruga, we released it as-is without having to do or add a great deal to the game, and it was popular and well accepted for what it was."

He added that "Radiant Silvergun has aged in assorted ways," and that he wasn't sure "they were all good."

To me, the solution seems obvious.  Give the game a high def makeover, make a few minor improvements, and presto!  Instant shmup heaven for Xbox 360 owners.  Let's hope this classic co-op shooter makes it onto modern consoles sometime soon!