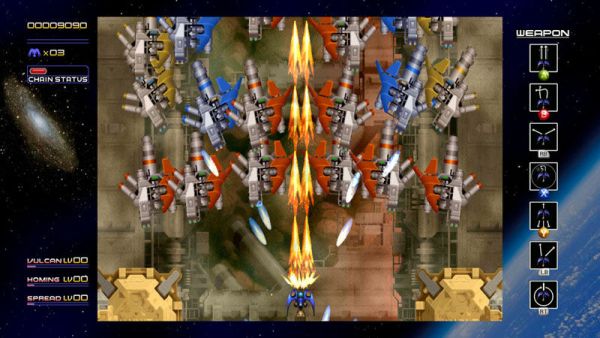 It's been a long time coming, but it appears the wait for the XBLA release of Radiant Silvergun has an end in sight.  We hadn't heard much about it since last year's Tokyo Game Show, but now more information has been released, a good sign that the release is nearing closer.  In addition to local two-player co-op, the Xbox Live Arcade port boasts two-player online co-op.  The standard leaderboards, as well as the ability to watch replays from around the world, will let you share your uber shmup skills with everyone.  Enhanced graphics and an "Ikaruga shooting style mode" round out the package.  Radiant Silvergun is still listed as a general 2011 release, and will cost 1200 MS space bucks.