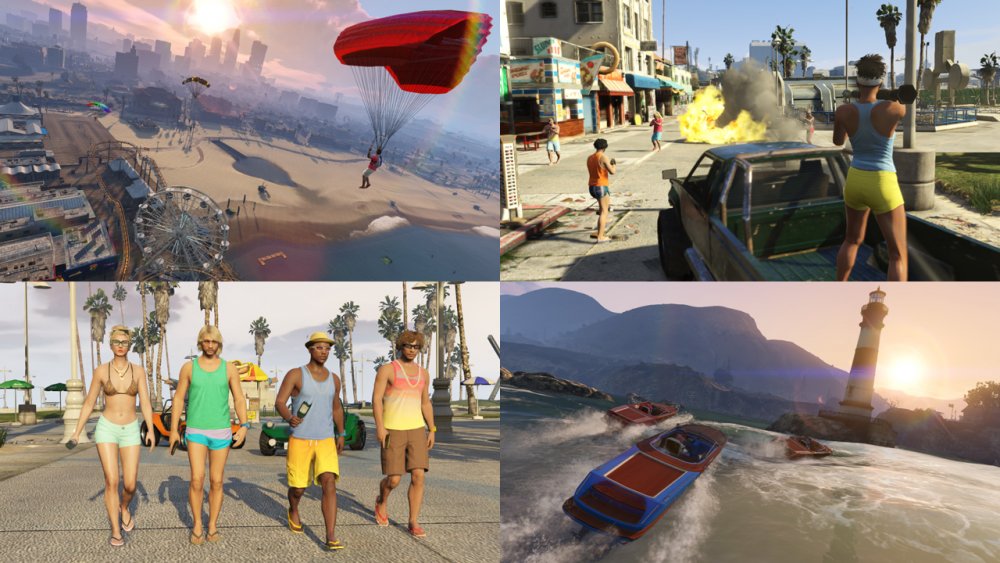 In case anyone was wondering, the latest Grand Theft Auto V patch for GTA Online, Update 1.06, was released this week on the Xbox 360 and PlayStation 3. With it came many in-game fixes and tons of beach-themed activities/items, just in time for the winter season! Also known as the “Beach Bum Update”, various new items found in-game, such as new jobs (deathmatches/races), vehicles, weapons (SNS pistol and broken bottle), and brand new gear for your character (like sunglasses and beachwear). For those of you that are wondering, these items do apply for single player mode too. Additionally, there is a sizable list of fixes that were added to the game, which most definitely needed to be addressed. Thankfully, Rockstar provided the list for us to skim and keep in mind for the future. Take a look:

Update 1.06 is completely free, so it’s a great reason to log back into GTA Online for a game session or two (if you’ve take a break from GTA V). We’re still waiting on the heist jobs to hit, but we have no problem exploring what Beach Bum has to offer right now.