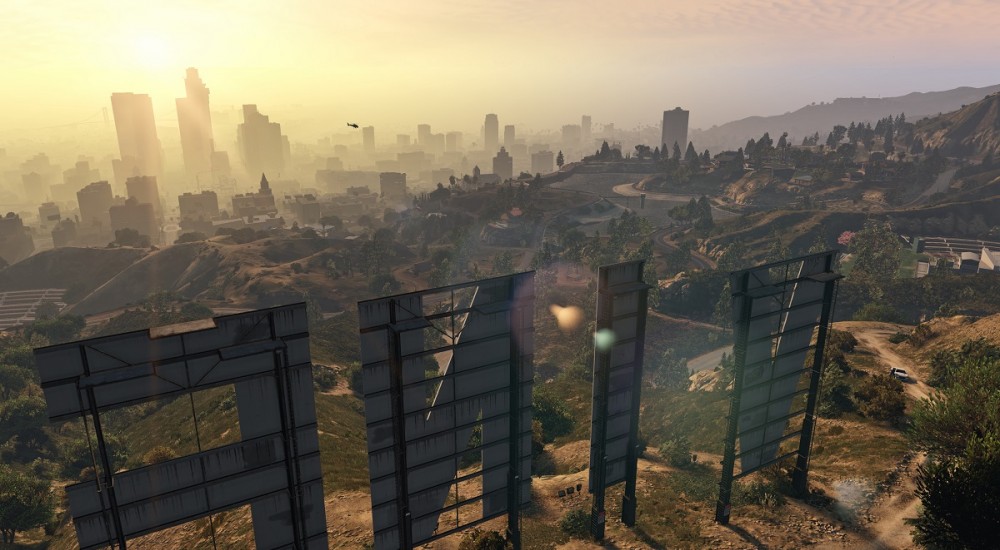 The PC version of Grand Theft Auto V had some new info released via the Rockstar Newswire blog. Unfortunately, we have a delay regarding the official release of the PC version.

Originally scheduled to release on January 27th, we can now expect GTA V on PC to be out on March 24th instead. As announced via the Newswire:

"Our apologies for the slight shift in the date but the game requires a few extra weeks of testing and polish to make it as good as can be. Moving a release date is never a decision we take lightly and is a choice we make only when we know it is in the best interests of the game and our fans. Thanks everyone for your understanding and we assure you these few extra weeks will be worth it when the game does arrive in March."

When GTA V finally does arrive this March, players will have a guaranteed 1080p and 60fps graphics to work with. Additionally, 4K resolution and triple monitor configuration support (this includes NVidia 3D Vision) will also be included. In fact, here is the full list of the PC specs that you can prepare your gaming rig for: Some other features for the PC version include support for up to 30 players on GTA Online, also to launch alongside GTA V for PC, and GTA Online Heists. Furthermore, GTA V will include the new Rockstar Editor, giving players a robust set of editing tools to make and produce gameplay footage for both the Rockstar Social Club and YouTube.

But what about the console GTA Online Heists everyone's been waiting ages for? Rockstar confirmed again that Online Heists will be launching in the upcoming weeks ahead, but just before the PC launch. No launch date has been confirmed just yet.

“What is the #GTAOnline Heist official release date?” - @iCrazyTeddy

“Why are Heists taking so long?” – Donny (via Mouthoff)

We aren’t ready to give an official release date yet, but we are confident they will be ready early in 2015. As you may have read on IGN, Heists were a much bigger challenge to create than we had originally anticipated. Early versions were simply not good enough and had to be scrapped more than once as we honed in on how we thought they should work. We’re happy to say that the pack we are now finalizing is something we are excited by and eager to release as soon as it is ready. We, as a company, have always been about trying to make something that is good rather than hitting a date. We apologize when this gets frustrating but firmly believe that rushing out second-rate content does not do anyone any favors. Hopefully you agree that yesterday’s new Trailer is a sign that Heists are shaping up nicely, but we still need some time to fine tune them..."