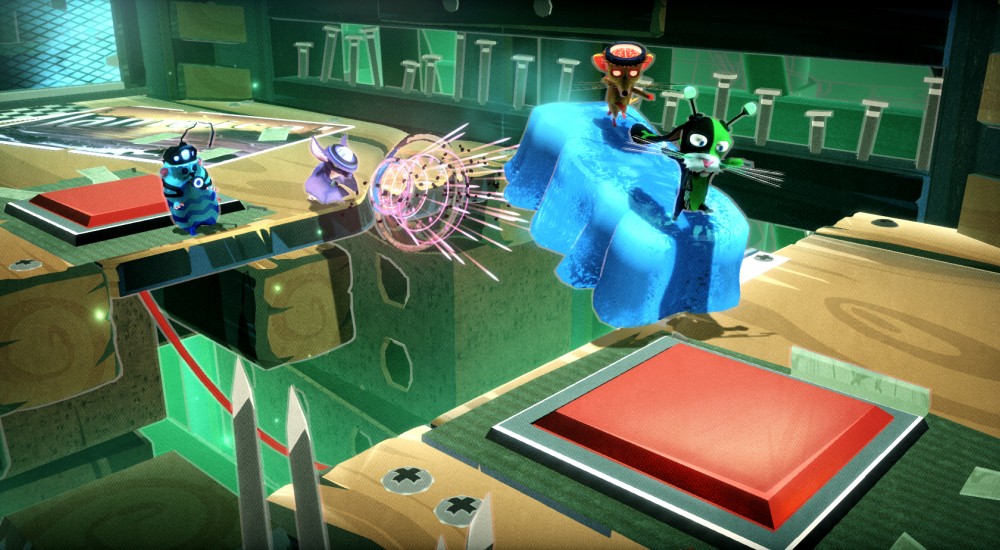 Originally scheduled as a PS4 launch title, the co-op puzzle game Tiny Brains was recently pushed back to a late November launch date. Now, developer Spearhead Games has announced the release will be shoved to December 3rd in order to take advantage of a special PSN Plus promotion. Sad, but not so sad, you know?

Another delay, no matter how small, always bums people out, but in this case it's worth the extra week. With a December 3rd PS4 launch, Tiny Brains will be available for a healthy 10% off through the end of the month for PS Plus members. The announcement also came with a new launch trailer, so watch these 45 seconds of happiness as you settle in for another week of waiting:

As for the PC release, the buzz around the water cooler we drew on the wall with crayons says it will launch sometime around December 11 or December 18. We haven't been able to verify a date, but the Steam pre-order sale runs out on the 18th, so it's a good bet that the release will be around then. If you have any horses, just keep on holding them for an official announcement.