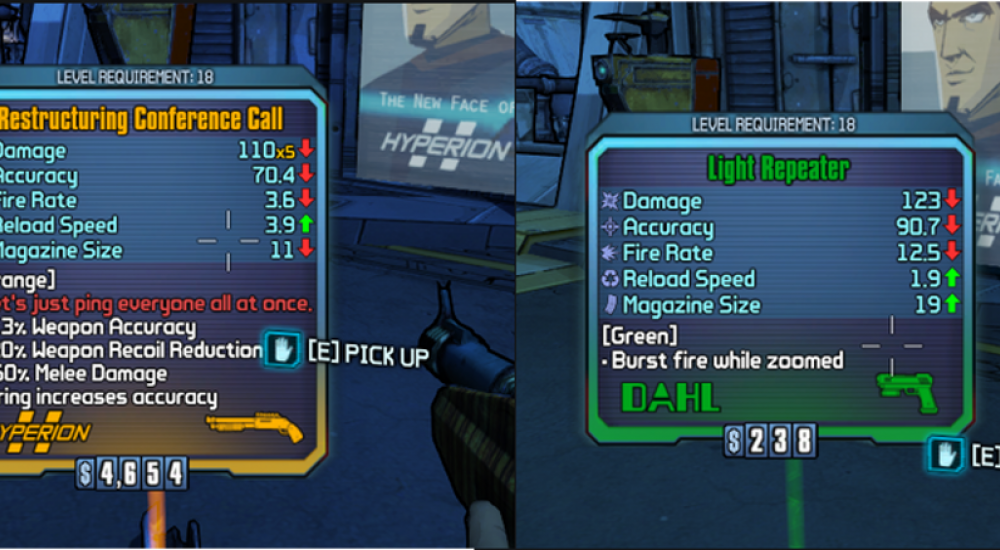 In a big step forward for accessibility, Jeffrey “botman” Broome, one of the programmers that worked on Borderlands 2, recently announced the game will receive a colorblind mode in a future patch. The new mode will be available on all platforms and will change things like loot drop colors to make it easier to tell them apart.

It's estimated that one in 12 people have some form of color vision deficiency, and it's no small issue when it comes to playing color-intensive games we do so love to play these days. For someone with a CVD, however, things look a bit more muddled, as certain colors can be confused for other colors, especially red and green. Sometimes it's so bad that a game can be rendered unplayable.

Borderlands 2 isn't one of the more difficult games to play if you have a form of colorblindness. There are some issues that can be addressed, however. The update will include support for all three types of color vision deficiencies: deuteranopia, protanopia, and tritanopia. Some of the gameplay changes include altered loot beam colors, making it easier to distinguish an item's rarity at a glance, as well as color names added to weapon descriptions.

Broome points out that playing splitscreen co-op with the above options turned on means everything on the screen will be altered, as the game wasn't originally designed with options like this in mind (one item instance, multiple cameras). The team is making sure that non-colorblind players will still be able to play the game, no matter which mode is in effect.