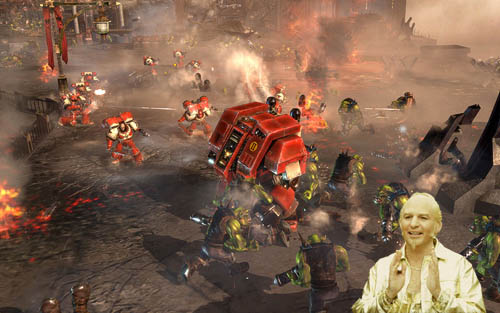 The fine folks at Relic Enterainment have announced that the upcoming Co-Op RTS Dawn of War 2 has gone goooooooooold.  Like we said, the entire game is playable in co-op, which includes branching storylines throughout the campaign.  The game is built on Relic's Essence 2.0 engine, the same one found in their Company of Heroes series.

If you are looking to wet your appetite until the February 19th release date, perhaps you can make your way into the beta?  If not there's always plenty of videos to go around.  And don't forget about the achievements for this Games for Windows Live title.