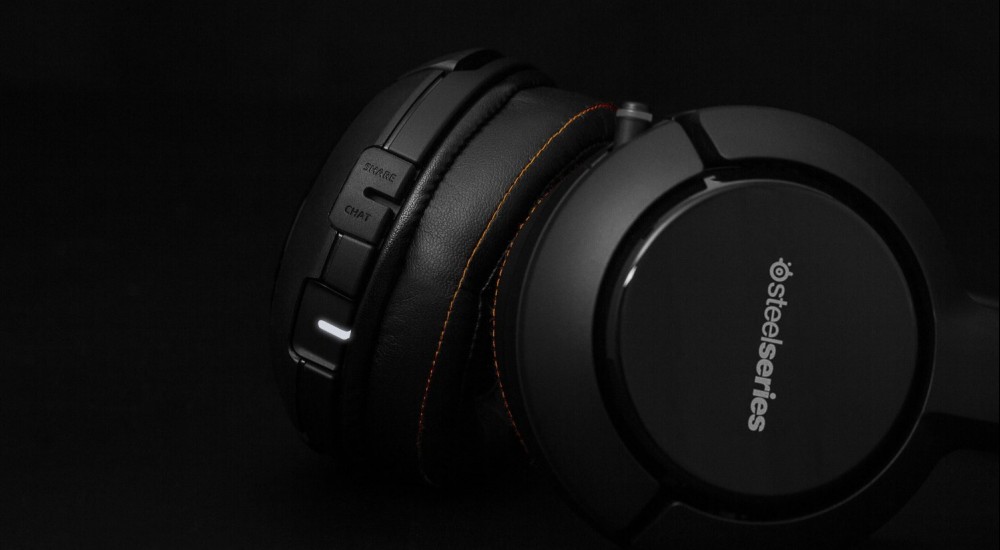 Welcome to one of the best damn headsets money can buy. When it comes time to purchase a headset, I usually look exclusively at wired ones. In the past many wireless headset presented problems for me; be it battery issues or latency issues, there was always a drawback that was not worth the convenience. Today I am happy to report that SteelSeries has shown me the light, and it’s time to unplug and move on from the restricted life of the cord.

The H Wireless headset is the crème de la crème of SteelSeries wireless offerings, from the technical and convenience features, right down to the comfort and style of the product. This headset works with nearly every device, including PC, Mac, PlayStation, Xbox, iOS, and Android, and comes with all the cords and regional power adaptors you could ever need.

The H Wireless features three different Dolby technologies, Dolby Headphone, Dolby Digital, and Dolby Pro Logic, which enable you to benefit from beautiful 7.1 surround sound. There’s also no need to worry about latency issues, as the headset features a fixed audio stream, which assures your sound never speeds up or slows down.

I tested the headset in a variety of environments, playing FPS games, MMOs, and listening to music streamed online. During one of my play sessions, I was in a noisy room with other individuals who were watching TV, and the closed cup design assured I couldn’t hear anything else but my own game. The headset features an equalizer that is accessed via the transmitter or the headset itself. At any time, you can swap from modes such as Balanced, Immersion, Performance, Entertainment, Music, Voice, and even create a custom mode to your preference. I found that Balanced and Immersion worked well for most of the games I played, but hardcore audiophiles are sure to set a custom mode to their exact preferences.

The microphone itself pulls out of the left earpiece, and features a flexible arm, allowing you to bend it any which way. I was able to play with a few people online to test the microphone, and everyone gave me the same response, “Your voice sounds great.” No, they weren’t hitting on me - I think - but in general, the voice quality is top notch. You can also mute the microphone with the touch of a button, and when doing so its rim light up red, easily visible from the corner of your eye so you remember you’re still muted. This headset is so comfortable that at one point I forgot I was wearing it. Weighing just over 10 ounces, and with padding pretty much everywhere, you’ll never need to take it off to give your head a break. During one of my sessions I took my dog outside and left the headset on, (because why not) and was able to walk a few buildings down before the sound cut out. From the headset itself you can adjust settings, such as the mix, equalizer, profile and more. The only downside is you really need to see the transmitter in order to know what you’re editing, as there is no feedback aside from beeps. Thus, if you’re on your couch you may need to position the transmitter in a way so it’s easily visible.

With some wireless headsets, the charge and play functionality often turns into a “charge all the time” sort of event. The H Wireless comes with two batteries however, so while you’re playing with one, the transmitter charges the second. Then when you need to, just swap and play. The battery charge last around 20 hours, so swapping is not something you’ll be doing frequently.

On top of all the technical and convenience features, the headset itself just looks gorgeous. It's not bulky, it features a sleek design, and even the transmitter touts elegance. Other headsets should look to the H Wireless in envy. If superb audio quality, convenient features, and a comfortable headset are necessities, this is the wireless headset for you.

The H Wireless headset covered in this article was provided by SteelSeries for review purposes. The device has an MSRP of $299.99.