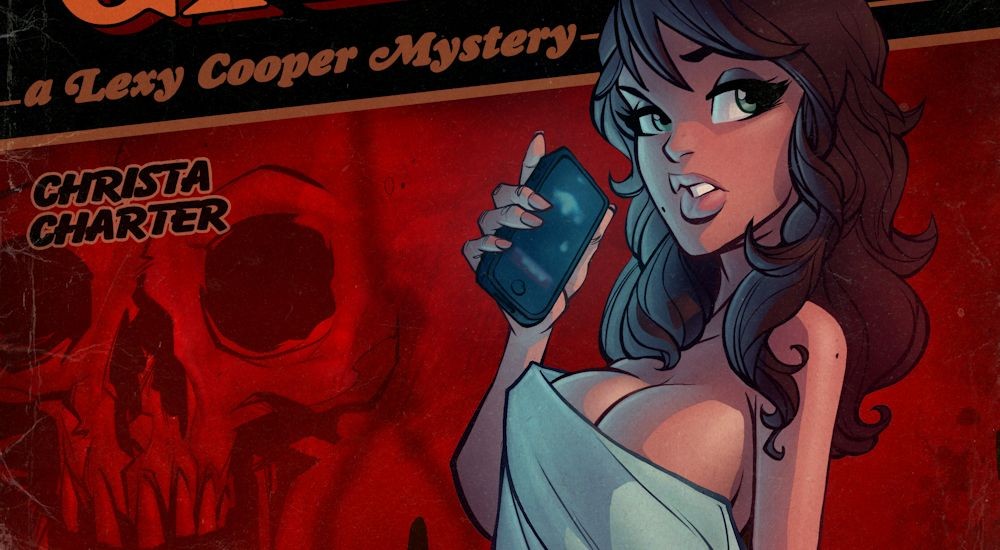 You may remember Trixie360, former community manager of Xbox Live, host of numerous video shows that were on the console a few years back. She interviewed former editor Jim McLaughlin for a gamer spotlight a few years back as well as helped usher in Xbox Live Co-Op Night. Since moving on from Microsoft, Christa Charter (aka Trixie360) has become a successful author writing several novels. Her series based on a character named Lexy Cooper is particularly interesting for gamers. Why? The stories are murder mysteries set in a universe respectful of gamer culture.

The first two books in the series are called Schooled and Pwned. Both books follow Lexy Cooper, a community manager in the video game industry who finds herself at the center of (several) murders. Lexy find herself involved in solving these crimes alongside her police officer uncle. I've read both books; they are a great reads with plenty of gamer innuendo and satire. So it's my pleasure to announce Christa's third book in the series entitled Griefed.

You may be wondering why I'm talking about the book on Co-Optimus. Christa has been a longtime friend of the site, as I said earlier, helping launch our co-op game nights on Xbox Live. Now Christa has written Co-Optimus into the book, giving the site a small part in the series - including some of its staff members!

So if you like to read, like video games and murder mysteries, and aren't offended by foul language - I highly recommend you check out the Lexy Cooper series by Christa Charter! All three books are available on Amazon for under $5 each on Kindle. You can order physical versions of the first two books for under $7. Just click the fancy links below!