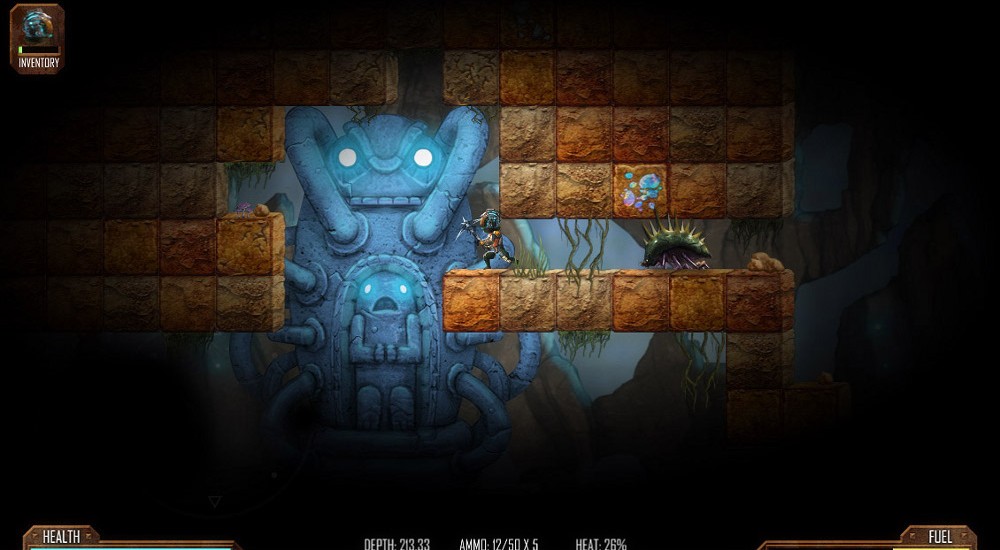 Crescent Moon Games has unleashed Mines of Mars, a 2D mining and exploration game not too far removed from the classic Motherload. Stranded on Mars, you get to dig through the soil one block at a time, unearthing gems and metals you can haul back to the surface to refine into useable materials.

With all those iron ingots sitting around, you'd think some upgrades would be in order, yes? Mines of Mars restricts your equipment at first, allowing you to slowly increase the efficiency of your heat resistance systems, your field of view, even weapon and pickaxe power. Guns also play a big part in the game, as tons of nasties live under the Martian surface.

Instead of just digging and hauling, Mines of Mars has actual things under the ground. As in treasure boxes, sealed rooms, and lots more. It really pushes the exploration aspect of the sub-genre, which is a nice change of pace from the pure grind found in those other mining sims.

Mines of Mars is eventually coming to PC, but currently only the iPhone and iPad version is available. Co-op is planned for both platforms, which should allow players to do pretty much what they do in single player, only together! We'll keep an eye on the surface for the impending co-op update and Steam release. In the meantime, feel free to mine without us. *sniffle*