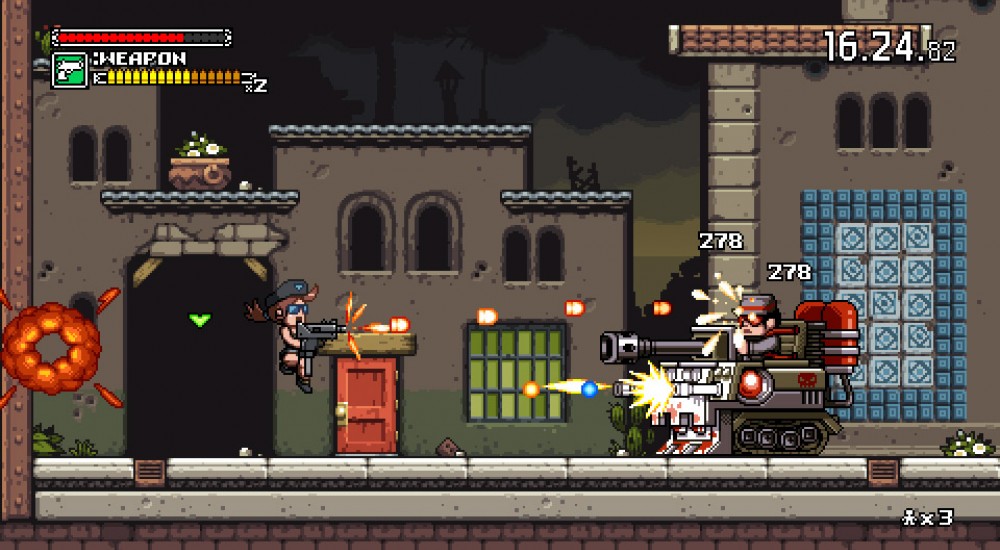 Tribute Games has announced the release date for the long awaited Mercenary Kings on PS4. The game will launch on April 1st, and we pray it's not an April Fool's joke. We got our hands on Mercenary Kings at E3 last year and for the most part enjoyed what we saw. With almost an entire year going by, we hope the game has gotten that much better. In either online or split screen local co-op, four players shoot, stab, loot, and craft their way to victory in this side scrolling shooter. Mercenary Kings features over 300 gun parts and 100 knives for crafting, giving it a bit of personality from your every day side scrolling shooter. The game also screams nostalgia with it's art style, music, and point system.

Mercenary Kings had its humble beginnings on Kickstarter, and since meeting its funding goals we've been patiently waiting for an announcement like today's.

In addition to launching April 1st on the PS4 PlayStation Store, Mercenary Kings is also available now via Steam Early Access for $14.99