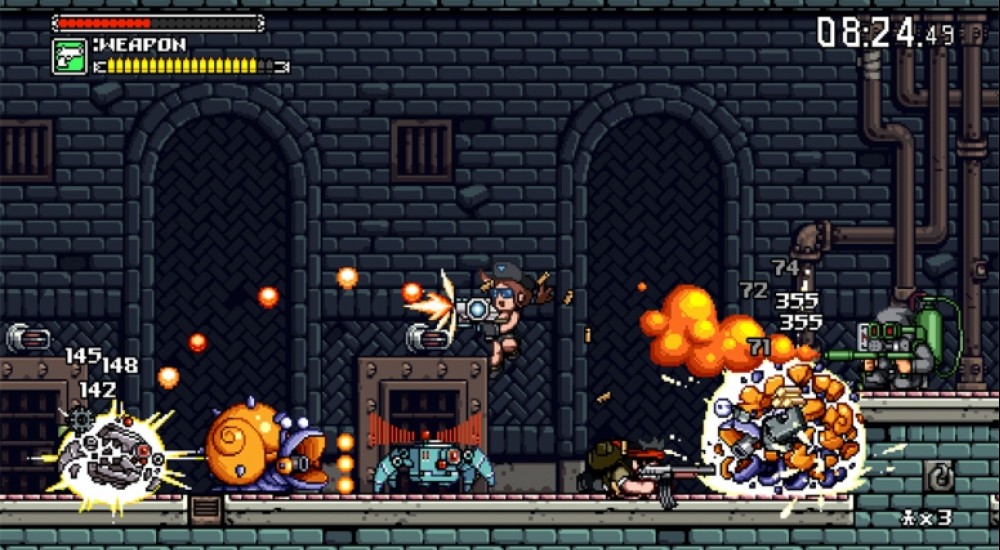 April's Instant Game Collection for PlayStation Plus has been revealed and we can hardly complain about its offerings. Not only are a bunch of really sweet PS3 titles like Batman: Arkham City and Castle of Illusion Starring Mickey Mouse, and PS Vita titles such as Pixeljunk Monsters Ultimate HD on this list, but a PS4 game that hasn't even released yet: Mercenary Kings.

Mercenary Kings will be available for free on PS4 to all PlayStation Plus members! The game was going to release like a normal title tomorrow, April 1st. However, now PS Plus membership will gets you the game for nothing at all, and this isn't an April Fool's joke either. The only thing that could make this any better is a cross-platform deal with the Vita, but a free (highly anticipated) indie title is still amazing! Any fans of the old-school Contra games should have a blast with this one. It's a fantastic-looking, 4-player co-op, 2D shooter that will hardly disappoint (trust us). "In this frantic 2D action game, you are part of the Mercenary Kings, the most skilled team of warriors-for-hire on Earth, but when your comrades have fallen and the fearsome forces of CLAW have seized an island-wide top secret Laboratory Base, you must do what it takes to stop them. But you’re not going in unprepared! Your back-up is made of a crew of rogue geniuses and experts of their field! Able to craft & customize guns’n'blades or upgrading body armor, you’ve never been this ready to join the fight."

Mercenary Kings is also available on PC via Steam for $14.99, if you like to pay for things.