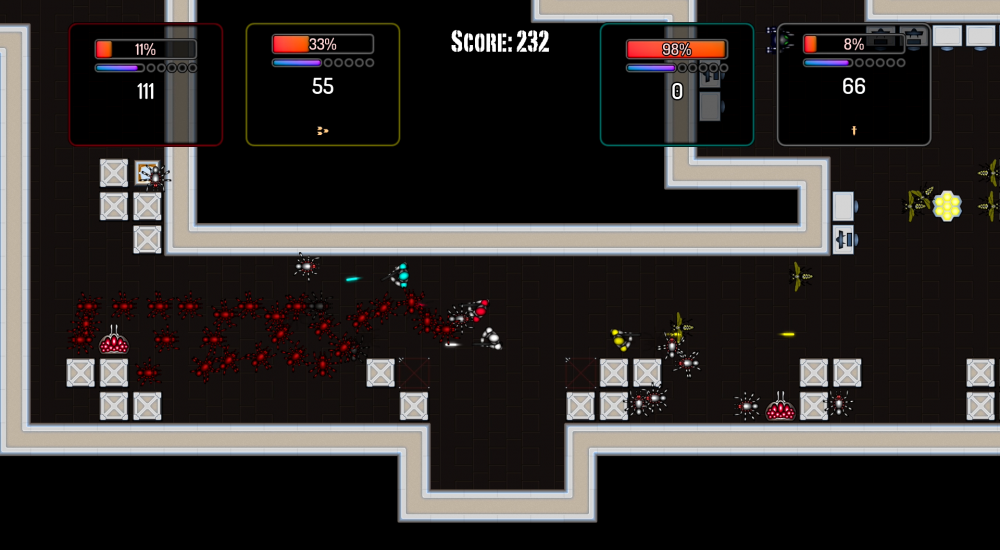 In terms of co-op experiences on OUYA, Order of the Metal Glove is very easy to pick up an play. Sadly in its current state it suffers from several design flaws that bring the experience down. The game plays from a top down perspective with 2D visuals as you guide your character from one bunker to the next, all the while fighting off near endless hordes of robot insects.

Launching last week, the game features four player local co-op and includes two levels for free. Three additional levels can be purchased for $2.99 each, or you can buy all three for $7.99. Order of the Metal Glove is very minimal and features no in-game music, which I can't quite understand as the menu music is both dramatic and enjoyable to listen to. Without an in-game sound track, the sounds of your weapons firing and enemies attacking you gets to be very repetitive, and will likely be enough to drive certain players away for good.

You have multiple projectile attacks at your disposal, yet the most valuable attack is arguably a melee strike. I found it easiest to run directly into the horde while swinging away and go directly to their spawn pod to prevent them from infesting the area. While doing this, you're going to take a lot of damage, but luckily you have plethora of health, and enemy attacks feel like mere pin pricks.

Order of the Metal Glove is available now on OUYA with the first two levels for free. The free version includes four player co-op, so at it's minimum you can test it out with some friends before jumping all in.