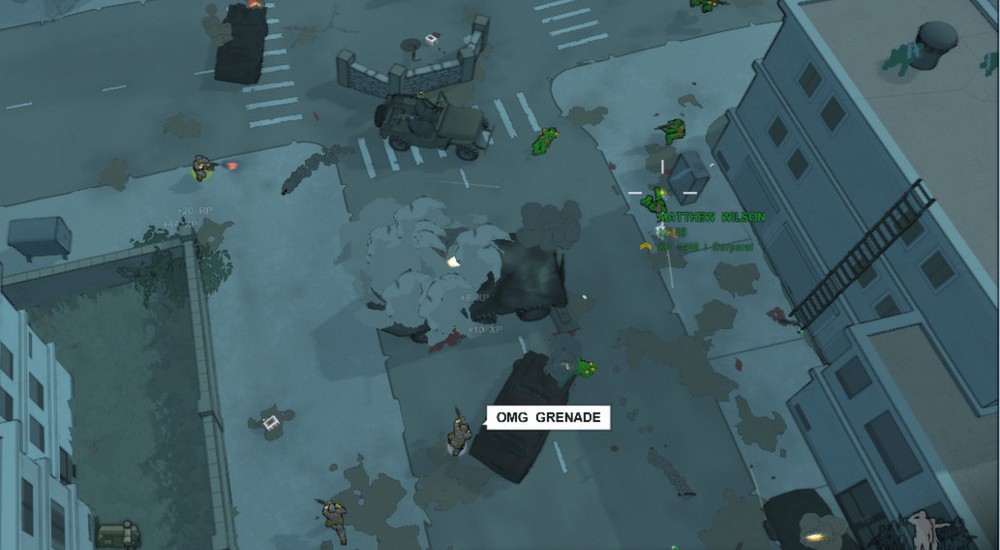 With two and a half years of development time already under its belt, Running with Rifles is one of the more complete games to hit Steam Early Access. The action strategy game from Modulaatio features tactics-heavy gameplay laced with just enough running and gunning to keep you on your toes.

Running with Rifles is the kind of game that you think you know how to play, but after you die a dozen times in a row you'll realize it's not actually about running around with rifles. Well, it is, but only as a means of getting from one point to another. This ain't no arcade game! Teams of soldiers head through the battlefield to take control of certain points on the map. Climb across barriers, smash open supply crates, hit the dirt for extra cover, then lay down some distraction fire while your buddies take a jeep up and around for a surprise assault. There's no health bar, and you can't take too much punishment before kicking the bucket. Sit back, look before you shoot, and remember how awesome hand grenades can be.

Co-op in Running with Rifles is limited to the co-op campaign mode. Here, teams of human players face off against an AI-controlled enemy faction. Without your buddies (and a bunch of bullet sponge AI allies), you won't get very far in this game, so don't be shy about planning flank attacks and the like. If cooperative play isn't your thing, there's also solo mode as well as mixed PvP servers to try out.

Although there's a lot to enjoy even in its Early Access state, Running with Rifles has a lot more planned for the future. Boss battles are on the bucket list, as are more new maps, more side objectives, more online modes, mods, and full integration with Steam Workshop. Definitely one to keep your eye on, especially if cooperative play gets some extra attention.